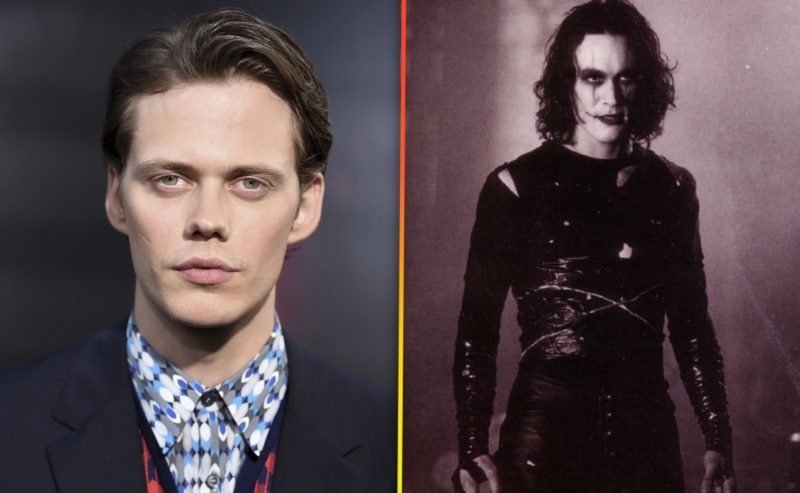 In the remakes of ‘It’ by Stephen King, we could see Bill Skarsgard giving life to the fearsome clown Pennywise. Now, the actor is chosen to star in the reboot of ‘The Raven’, the cult classic in which Brandon Lee unfortunately died, and which will be directed by Rupert Sanders.

The fame of ‘The Raven’ and its subsequent rise to become a cult classic is unfortunately due to the death of Brandon Lee, son of the famous martial artist, Bruce Lee. The actor was recording one of the scenes of the film, when a bullet that was supposed to be a blank hit him directly in the chest, causing him almost instant death.

It might interest you: Bill Skarsgård movies that are not It and you didn’t remember

Originally, ‘El Cuervo’ was an independent comic from the mind of James O’Barr, published at the end of the eighties, and which was later adapted three times to the big screen, becoming the version of Brandon Lee in the most famous. Now, The Hollywood Reporter confirms that Bill Skarsgard will be the protagonist of the new reboot.

Read Also  From the creators of 'Hierro' Movistar Plus+ premieres 'Rapa', the obsessive crime series

Director Ruper Sanders, known for taking charge of ‘Snow White and the Huntsman’, or ‘Ghost in the Shell’ with Scarlett Johansson, will be in charge of being behind the scenes of ‘The Raven’, while Edward R. Pressman and Malcolm Gray, through the late Chadwick Boseman’s 21 Bridges production company, will be producing the reboot.

The story of ‘The Raven’ by Bill Skarsgard

Actor Bill Skarsgard will play Eric Draven, a man who is robbed one day along with his fiancee, who are later killed by a gang. He is raised from the dead by a raven, and swears revenge on those who took love from his life. Zach Baylin, recently nominated for an Oscar for ‘King Richard’ will take over the script.

Currently ‘El Cuervo’ is already in the pre-production phase, and the recordings will begin in June of this year, and will take place in Prague and Munich. Reports say that a budget of more than $50 million dollars has been allocated to the reboot of this tape.

Given the multiple times that ‘The Raven’ has been brought to the big screen, fans remain skeptical that things will turn out badly this time around for this reboot. However, if all goes according to plan, we could see this movie with Bill Skarsgard sometime in 2024.

You Season 4: Netflix confirms what was suspected about filming and new cast

The Walking Dead: The most hated character will return with a spin-off of the drama on AMC