Bono discusses discovering he has a half-brother 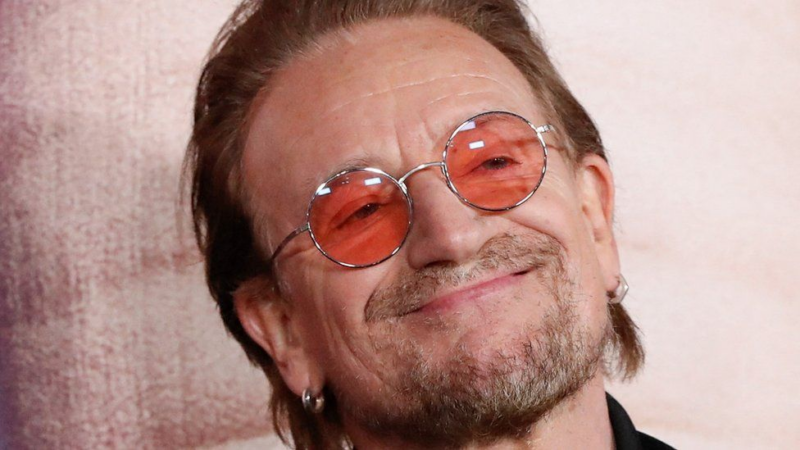 Bono has spoken for the first time about a surprising family revelation that emerged just before his father’s death.

The leader of the U2 group, 62, confessed in a new interview that he has a half-brother whose existence he did not learn about until 2000.

“I have another brother, whom I love and adore, who I didn’t know I had,” the singer said on BBC Radio’s ‘Desert Island Discs’ program.

The Irish musician recounted that his half-brother was born after his father had an affair while living in his Dublin home with him, his brother Norman and his mother.

Learning of the existence of a half-brother and a secret romance helped the singer understand his father’s behavior at the time of the sudden death of his mother, Iris, when he was only 14 years old.

“My father was going through a lot. His head was elsewhere because his heart was elsewhere,” the U2 leader recalled.

The singer of hits like ‘Sunday Bloody Sunday’ said that no one, not even Iris or her older brother Norman, knew of the half-brother’s existence, but that he was able to talk to Bob about it before he died in 2001 at age 75.

“I asked him if he wanted my mother. And he said yes. And I said, ‘How can this happen? And he said yes, and he was trying to fix things, trying to do the right thing. He wasn’t apologizing, he just said those were the facts. I’m at peace with it.”

Although the chronology of his half-brother’s birth remains unclear, Bono elaborated further on his “complicated relationship” with his father, which worsened after Iris’ death.

The star said that while she now understands her father was “coping with a lot of things,” she regrets not offering her broad support during difficult times.

“I feel like I wasn’t there for him, really, the way I should be,” she said. “I apologized to my father in a small chapel in France after he passed away. I went to that little chapel, there was no one. I lit a candle, got on my knees and said, ‘Look, I’m sorry I wasn’t there for you. You’ve been through a lot and please forgive me.’ And I felt free.”

Read Also  All You Need To Know About Mrs. Poindexter and Her Husband

The Grammy winner will deepen the relationship with his parents in his upcoming memoir, “Surrender: 40 Songs, One Story,” which will be released in November.

The book will chronicle the singer’s childhood in Dublin, U2’s rise to fame, his activism in the fight against HIV/AIDS and extreme poverty, among other topics.