Breaking Bad: The two actors in the series who will now be compadres in real life 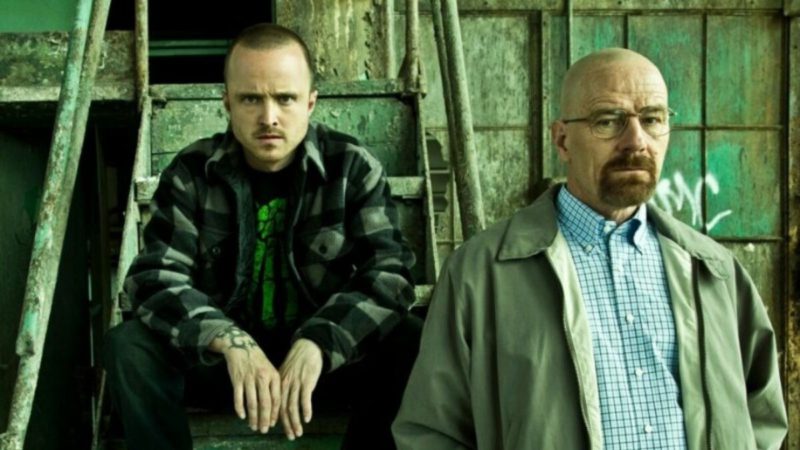 Breaking Bad had two great figures that captivated attention, they are Bryan Cranston who played Professor Walter White and Aaron Paul played the young Jesse Pinkman, who recently reported that he became a father for the second time and that he has chosen his colleague from the series to be the godfather of her new baby, Rydin, proving that there are friendships that surpass the screen.

During an interview on a well-known late show, Paul revealed that he and his wife Lauren Parsekian have just welcomed their 4-year-old daughter’s brother. They also said that it is not the first time that they have asked their Breaking Bad partner for so many years to be a godfather, but that Cranston finally agreed to be the godfather of one of his children.

“No, he’s very excited, very honored. I love this man to death. He’s one of my best friends in the world and, yes, it was a no-brainer,” Paul added.

This friendship has grown stronger over the years and while the show ran, they were able to prove that they got along very well from the beginning of this intense and dramatic series. Part of the plot brought them together so much that they moved that bond off camera and became integrated as a family. Beyond the approach that placed them as student and teacher, in several interviews they have mentioned how much they both learned from each other as actors and as people.

The sponsorship proposal occurred at Bryan Cranston’s birthday party where his friend Aaron Paul took advantage of the moment to ask him to make a commitment of this magnitude, and although they say he refused at first, later they said it was all a joke because this brought great happiness to this pair of friends.

In Breaking Bad, Paul and Cranston were co-stars in this series that was released from 2008 to 2013, the story told us about a chemistry teacher and his high school student started cooking methamphetamine to pay for cancer treatment he was suffering from and this hooked the audience, positioning it as one of the best series of our days. Precisely both had a participation in the new season of the prequel series Better Call Saul and this meeting strengthened the bonds of friendship between both actors who will now be compadres in real life.

The character of Jesse Pinkman (Paul) will not only be in the prequel to the new season of Better Call Saul, but also has his same role in El Camino, the epilogue film produced by Netflix focused on Pinkman after the end of BrBa. He added that he was surprised to meet the show’s crew and that, “It was nice to meet this beautiful group of people in New Mexico.”

Peaky Blinders arrives in June and the shocking revelation of Katherine Heigl on Grey’s Anatomy… The news series!

NCIS: The two real-life special agents who worked on the set of the series