Bridgerton Season 2: What its new world record means for the Netflix drama 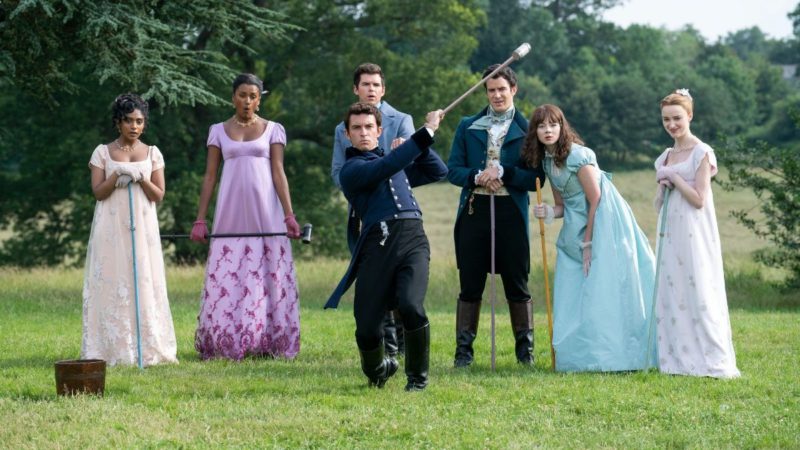 Bridgerton, the television adaptation inspired by the literary saga written by Julia Quinn that was created by Chris Van Dusen and produced by Shonda Rhimes, premiered for the first time on the Netflix streaming platform in Christmas 2020 and in its first 28 days after its launch, managed to capture the attention of more than 80 million viewers around the world.

The series that tells the story of eight brothers from the powerful Bridgerton family and how they try to find love and happiness in London’s high society, since it appeared on Netflix it has become the most successful program, not only because of the quality of interpretation of each of its characters, but also for their stories full of romance, comedy, drama and sex.

And it is that despite the fact that this last element was almost absent in season 2 of Bridgerton that premiered on March 25, the Netflix series continued to be attractive to viewers, to the point of breaking a new record. The streamer revealed this week that the new installment, which followed Anthony Bridgerton and Kate Sharma, was viewed for 251.7 million hours in the last 7 days.

Read Also  Ed Sheeran: All Copyright Lawsuits Filed Against Him!

The Netflix series Bridgerton has become the most-watched English-language TV show on all streaming platforms, Deadline reported. In its first weekend after the premiere, season 2 accumulated a total of 193 million hours viewed, a figure that increased over the days, managing to place the series in the Top 10 in 93 countries.

Meanwhile, the first season of Bridgerton was back in second place, with another 53 million hours watched. However, the Shondaland drama was unable to match the viewing figures of Korean hit The Squid Game, which still holds the overall record with 571.8 million hours viewed during the week of September 27.

Bridgerton Season 2 tells the story of Viscount Anthony Bridgerton and his search for love. While it’s not clear that the Netflix series will follow the publishing sequence of the Julia Quinn books, fans are hoping that the next to seek marriage will be the other brother of the Bridgerton dynasty, Benedict, when season 3 premieres.

Importantly, Bridgerton was renewed for seasons 3 and 4, which wasn’t much of a surprise. And now with the new audience record, it would not be strange for the series created by Van Dusen to extend on the screen to narrate the complete saga of Julia Quinn’s work.