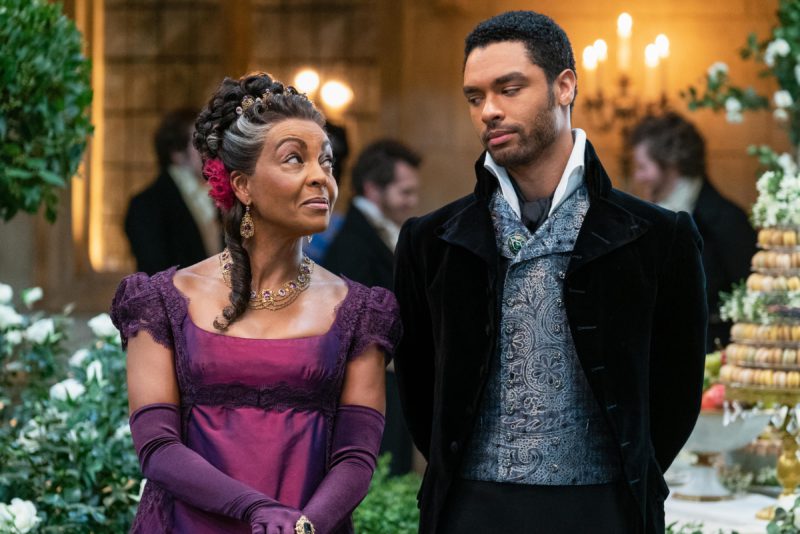 In the first season of “Bridgerton,” Simon and Daphne were the dream couple. After Rege-Jean Page’s exit from the series, fans are hoping for a return. How are the chances?

Rege-Jean Page will not have a cameo as Simon Basset, Duke of Hastings, in “Bridgerton” Season Two.
This has now been confirmed by Shonda Rhimes, the producer of the Netflix series.
However, Simon’s wife Daphne will help her brother Anthony find love in the new season.

Many fans are still shocked that Rege-Jean Page does not return as Simon Basset in the second season of the Netflix hit series ” Bridgerton “. According to his own statement, the actor planned from the beginning to only remain part of the Netflix production for one season.

Simon and Daphne’s love story ends with a happy ending after only one season: In the finale of season 1, the two welcomed their son.

And while Daphne’s brother Anthony will take center stage in Season 2, fans had hoped Simon and Daphne would return again. But while Phoebe Dynevor is there again as Daphne, we have to do without Simon.

Now producer Shonda Rhimes (“Grey’s Anatomy”, “Scandal”, “How to Get Away with Murder”, “Private Practice “, Seattle Firefighters”) shattered the last hopes of a cameo from Rege-Jean Page.

“I was just thrilled with the idea of being able to tell a complete romantic story that has an ending, where you can’t find 14 other reasons why the couple can’t be together, or where Rege is behind someone else’s romance. That doesn’t make sense, “she told The Hollywood Reporter.

Even if we don’t see Simon again in “Bridgerton”, it doesn’t have to be the end of Rege-Jean Page as Duke of Hastings. After all, Queen Charlotte recently got her own series from Netflix.

So it is quite possible that Rege-Jean Page will return as Simon Basset if his schedule allows it and Netflix orders another series.