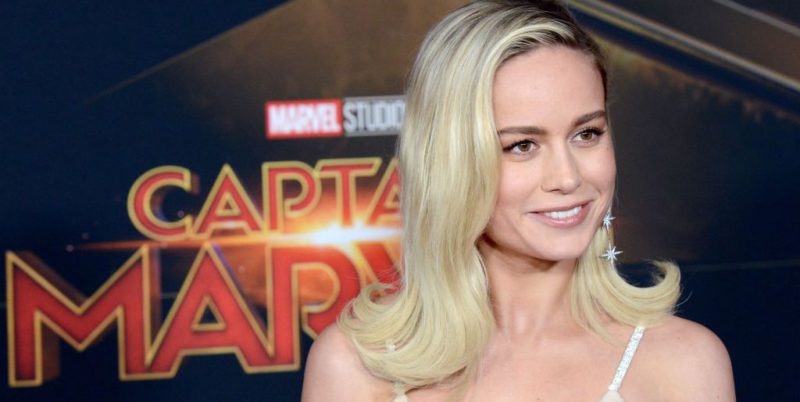 Captain Marvel star Brie Larson has again shared another impressive workout video on her Instagram handle. She gears up to play Carol Danvers again in the sequel The Marvels.

Brie shared a video of herself doing Bulgarian split squats on Instagram. Using weights to the sound of Stevie Nicks “Stand Back” and that too with her encouragement of her trainer Jason Wash. She uploaded the video on Instagram and captioned it: Pushing myself past my limit, honey! Doesn’t always look pretty but gosh it feels amazing. How heavy were these again?”

In the comes below Jason replied: “These were 45lb blocks and we progressed to 65lb blocks for singles! Good Grind!”.

The Marvels will be helmed by Nia DaCosta and sees Brie along with Teyonah Parris reprising her role of Monica Rambeau from Wanda Vision. Iman Vellani set play Kamala Khan (Ms. Marvel) and Zawe Ashton portraying an undisclosed villain.

It is also a sign that she has a busy work schedule coming up that earlier this month. Brie also announced that she would be now stepping back from her YouTube channel while marking her one-year anniversary as a Youtube vlogger.

Brie told her subscribers in her vlog: At this exact time, I’m gonna have to slow down on this. I can’t keep up with doing videos weekly. I gotta go back to my job, my first job – my acting job.

Talking of her movie, Captain Marvel is now streaming on Disney+ and available on DVD, digital download, and Blu-ray. Its sequel, The Marvels has also announced its release date of November 11, 2022.