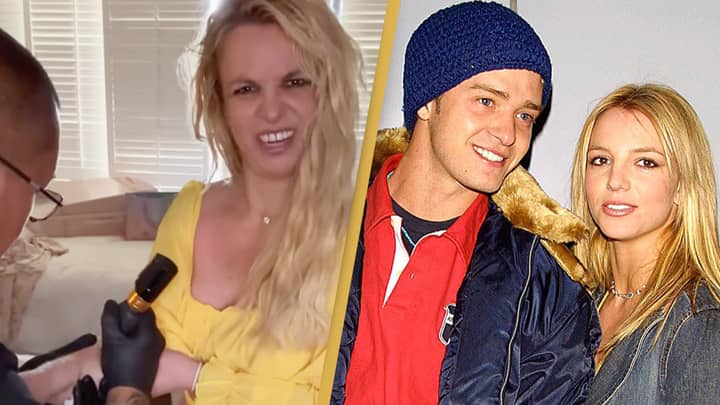 Britney Spears took to Instagram yesterday to set the record straight on the rumors that her latest tattoo was in homage to her ex, Justin Timberlake. On Thursday, pictures showed the singer out to dinner with Timberlake and several cryptic messages stirred further speculation that the tattoo was an ode to their former love.

Spears quashed these rumors, responding to the gossip via her story with the following: “Just to clarify…my tattoo had nothing to do with an ex!!! I just did it because I wanted to!!!”

The 36-year-old was seen getting a new tattoo at a parlor in Hawaii, and though what it is remains to be seen, one thing is for sure: it has nothing to do with Timberlake.

As for the singer’s relationship with her former flame, all signs point to the two remaining amicable.

Though the reasons for Spears’ tattoo remain unclear, one thing is certain— it’s all her choice.