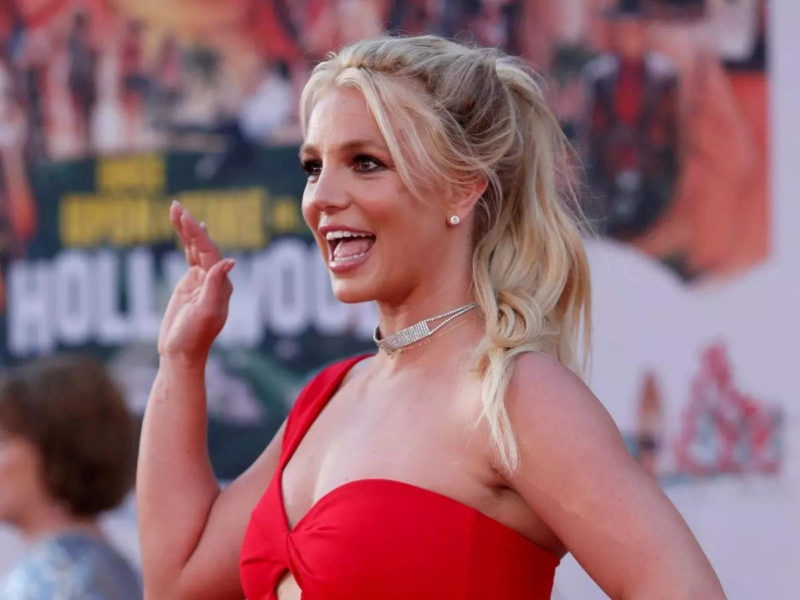 The wait is over and with it, Britney Spears reaffirms that she is the Princess of Pop. Just a few hours after the release of her new single ‘Hold Me Closer’, which marks her return to the music scene after six years, the star tops the iTunes chart in over 40 countries.

The ‘Toxic’ singer couldn’t contain her excitement at the unexpected success of their collaboration, posting a video of her apparently naked in a bathroom saying, “Hello Sir Elton John. We’re number 1 in 40 countries.” .Holy ***! We’re at the top. This is the best day and I hope you’re doing well.”

Meanwhile, the British musician wrote next to the clip: “Hello Britney! Thank you for this message. You made my day! I hope everyone has the best day dancing to our song!”

In addition, he noted that he was delighted with the response to ‘Hold Me Closer’, “I wanted to make a fun and happy summer song, so I was excited when Britney agreed to be a part of this song. She really is an icon, one of the big stars all-time pop music and I love it so much. I hope you all like it!”

A day before the release, the American singer wrote on her Twitter account: “Okie dokie… my first song in 6 years. It’s pretty cool that I’m singing with one of the most classic men of our time… @eltonofficial! I’m a little overwhelmed. It’s a big deal for me. I’m meditating more and learning that my space is valuable and precious!”

Britney’s last release was the album ‘Glory’ in 2016. Since then, the singer – who dominated the pop charts in the late ’90s and early 2000s – has been in the spotlight due to the tutelage of his father about his life for 13 years.

‘Hold Me Closer’ is a dance version of Elton John’s 1970s ballad ‘Tiny dancer’, with elements of his later hit ‘The One’. The theme premiered last Friday, less than a year after his father’s judicial guardianship ended.

Before the single came out, Sir Elton admitted that he could relate to Britney being “broken” in his life.

In an interview with The Guardian, the singer-songwriter warned: “It’s hard when you’re young. Britney was broken. I was broken when I stopped using substances. I was in a terrible place. Now, I have the experience to be able to advise people and help them.” because I don’t want to see any artist in a dark place.”

A perspective into the Future of Online and Offline Gambling