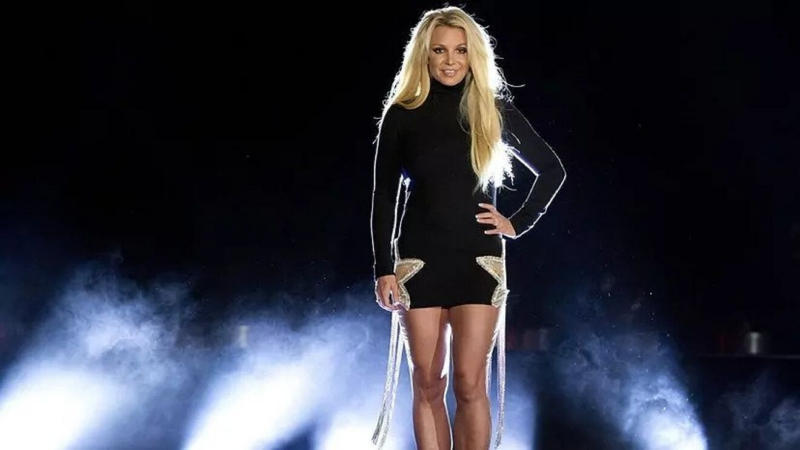 After years of long waiting, Britney Spears is finally back in music and what better than the hand of Sir Elton John, with whom it is said she has recorded a new version of the successful song of the British singer, ‘Tiny Dancer’.

According to information obtained by Page Six, the pop star, 40, quietly met with John, 75, at a Beverly Hills recording studio last week to record a remake of his beloved 1971 classic.

The track will be released by Universal Music next month, sources close to the performers revealed.

“It was Elton’s idea and Britney is a big fan of him. They’ve recorded a new version of ‘Tiny Dancer’ and it’s amazing. Britney was in the Beverly Hills studio last week with Elton for the super-secret recording session overseen by superproducer Andrew Watt,” the insider said.

Watt, whose studio is in the basement of his home, has produced albums for the likes of Justin Bieber, Miley Cyrus, Pearl Jam and Ozzy Osbourne and won the 2021 Grammy Award for Producer of the Year.

“They showed the song to the people on their label and they’re all excited. It’s very good. They say it will be the song of the summer. Britney is officially back and is super excited,” the sources added.

Spears has hinted in recent months that she is ready to return to work, after her nearly 12-year guardianship ended in November 2021.

On July 15, the singer shared a video on Instagram of herself singing a bolder new rendition of her 1998 hit, ‘… Baby One More Time’.

“I haven’t shared my voice in a long time… maybe too long,” the singer wrote at the time.

And he added in the post how much he wanted to release an updated version of the song found on his debut album of the same name, but that his plans had been thwarted by his tutelage.

This will be the Grammy winner’s first official single since 2016’s ‘Slumber Party’, which appeared on her album ‘Glory’.

The source warned that Britney’s desire to return is so great that she also made “a record deal” with the label to record with John.

‘Tiny Dancer’ was written by John and Bernie Taupin. It was originally released on John’s 1971 album, ‘Madman Across the Water’, and then as a single in 1972. It was ranked number 47 on Rolling Stone’s list of the 500 greatest songs of all time in 2021.