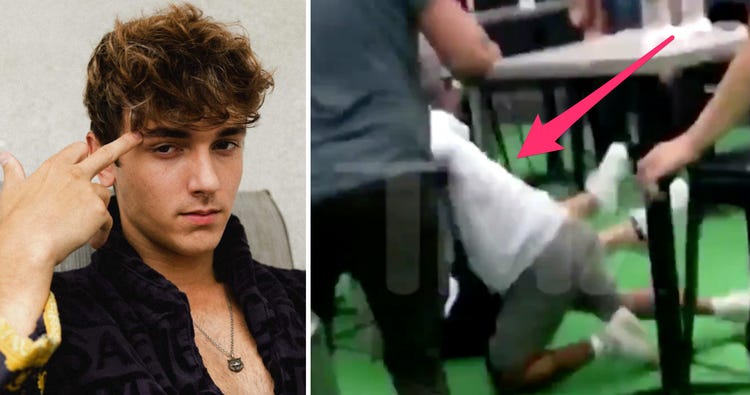 After a fight in a restaurant, TikTok star Bryce Hall is being sued by the owner for racial hostility and assault.

Fight in the restaurant: Bryce Hall freaks out

Bryce Hall has made a number of negative headlines. TikTok stars Bryce Hall and Blake Gray even threatened jail for violating the corona requirements. And that wasn’t the first conflict with the police. Together with Jaden Hossler, he was arrested for drug possession in May 2020, which caused a huge scandal among TikTok superstars. Now Bryce Hall will very likely have to stand trial again. After a fight in October 2020, he is being sued by the owner of a Mexican restaurant called Cinco in Los Angeles. The TMZ video shows Bryce Hall being dragged down by another man in a white shirt.

This is what happened: In October, Bryce Hall is said to have visited the restaurant with his friends to drink beer and shots. He also smoked on the e-cigarette in his place. The manager asked him twice not to do this in his locality and when Bryce still refused after the second request, he turned the tap off. That is said to have led Bryce Hall to let off some racist aggression and to puff smoke on his face. The fight then broke out, after which the owner was beaten and Bryce even put a stranglehold on him. A waitress in the restaurant confirms this statement. Bryce Hall has not yet commented on the charges. However, the restaurant owner is suing him for an indefinite sum for “insult, physical harm, psychological stress and attack due to his origin”.