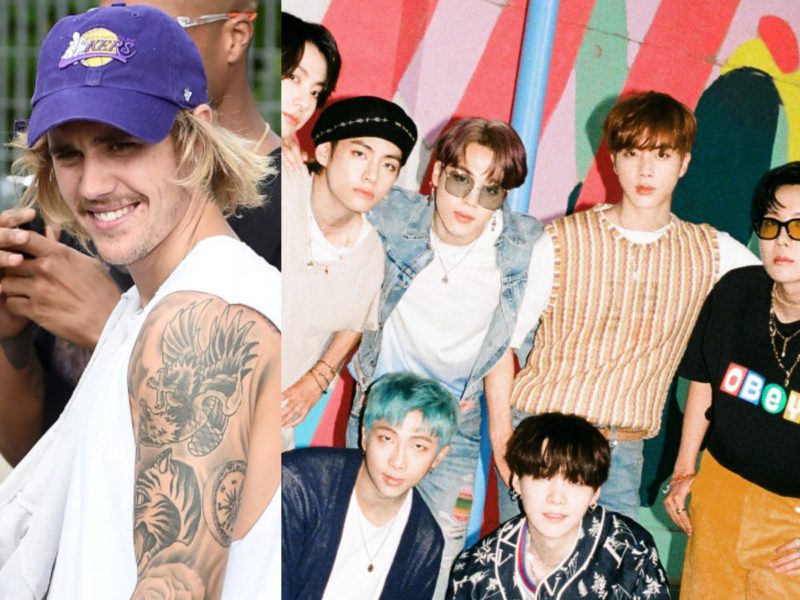 BTS and Justin Bieber are among the most successful artists in the world. Now they should work on a song together. Here’s what we already know!

BTS and Justin Bieber: is there a feature coming soon?

Attention everyone and ARMY: There will soon be a Justin Bieber and BTS feature. Yes, you heard right! As an insider revealed in the American news portal PageSix, BTS and Justin are currently working on a song together. When exactly the song will be released is not yet certain. The insider reveals: ” You take your time and want to be sure that it will be published perfectly “. Possibly, according to the insider, the song will be on a deluxe version of Justin Bieber’s current album “Justice” “to keep the album in the charts “.Sounds like we don’t have to wait too long.

ALSO READ: BTS Also Got Affected Immensely Due To Coronavirus

BTS and Justin Bieber: How did the collaboration come about?

Both Justin Bieber and BTS have become an integral part of the music world. Recently, the record companies that Justin and BTS are under contract were merged. The boy band’s record label, Hybe, bought Ithaca Holdings from Scooter Braun for one billion US dollars. So a collab between the megastars was only a matter of time. Mainly because both have said in the past that they are fans of each other. Thus Justin Bieber raved that BTS knows how music history writes. BTS member J-Hope revealed that Justin Bieber’s song “Lonely” was his Gives strength. How nice to see that BTS and Justin support each other and are now even working together! We are looking forward to the song together.