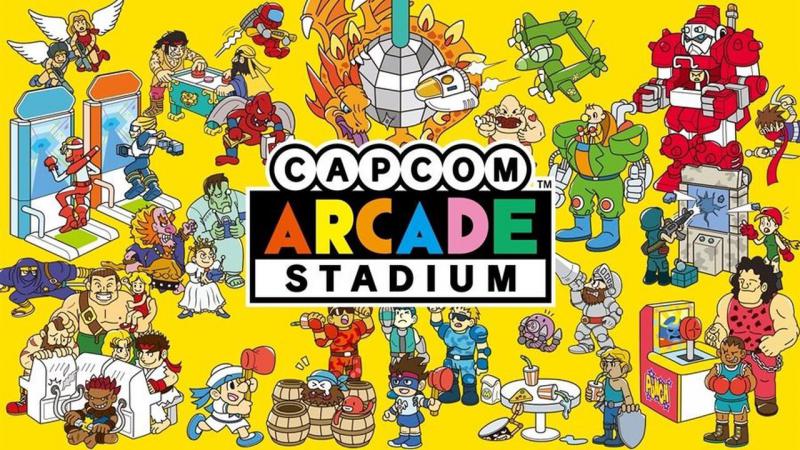 Capcom has been one of the leading video game developers and publishers for more than four decades, and it seems that it wants to play the nostalgia card now with its Capcom Arcade Stadium.

The company was established back in 1979, and it has developed and published many legendary video games, including Monster Hunter, Resident Evil, Street Fighter, and many others.

Capcom Is Great At Diversifying Its Portfolio

Capcom has managed to stay relevant for more than ten decades, thanks to its innovative approach to diversifying the portfolio. Apart from actively working on industry-leading franchises, such as Monster Hunter and Resident Evil, Capcom has also been actively developing various gambling devices for Japanese pachinko parlours. The company has recently launched Resident Evil: Village, which was praised by gamers around the globe, especially the franchise fans.

The company is also somewhat present in the world of online slots, as it has joined forces with NetEnt to develop Street Fighter II: The World Warrior Slot™. Casino goers can now play the popular fighting game by spinning the reels of a slot that’s completely adapted to pay tribute to the legendary title. If this trend continues, perhaps we could see other games by Capcom turned into online slots or jackpot casino games.

Before becoming a console developer, Capcom used to dominate the arcade games industry. Some of the games that you could enjoy this way were Commando, Forgotten Worlds, Bionic Commando, Final Fight, Captain Commando, Street Fighter II, and more. With so many classic titles under its wing, Capcom has decided to give its games a time travel machine called Capcom Arcade Stadium.

The popular compilation was initially released on 17 February 2021 for Nintendo Switch players. It offers a total of 32 classic Capcom titles that were released from 1984 to 2001. The compilation became available for PS4, Xbox One, and Microsoft Windows on May 25, 2021.

The original Capcom Arcade Stadium software contains just one game — 1943: The Battle of Midway. It’s a classic shoot ‘em up arcade, initially released in 1987 and the first sequel to the popular 1942 game. The game references the popular Battle of Midway, which actually took place in 1942.

But what about other games? They are all available as downloadable content (DLC). The games are divided into three eras: Dawn of the Arcade (1984–1988), Arcade Revolution (1989–1992), and Arcade Evolution (1992–2001). The only game that you can download individually is Ghosts ‘n Goblins, a 1985 title and the first one in the Ghosts ‘n Goblins franchise, which has turned out to be a major commercial success.

Capcom Arcade Stadium has generally received favourable criticism, with a Metacritic score of 80/100 in the official review. Nintendo Life has praised it for its wide array of games, but it has also pointed out some minor drawbacks, such as imperfect emulation for some of the titles. Still, the review claims this product offers excellent value for the price, given Capcom’s vast legacy of arcade games.

Capcom plans to add even more classic games to its Capcom Arcade Stadium in the future.