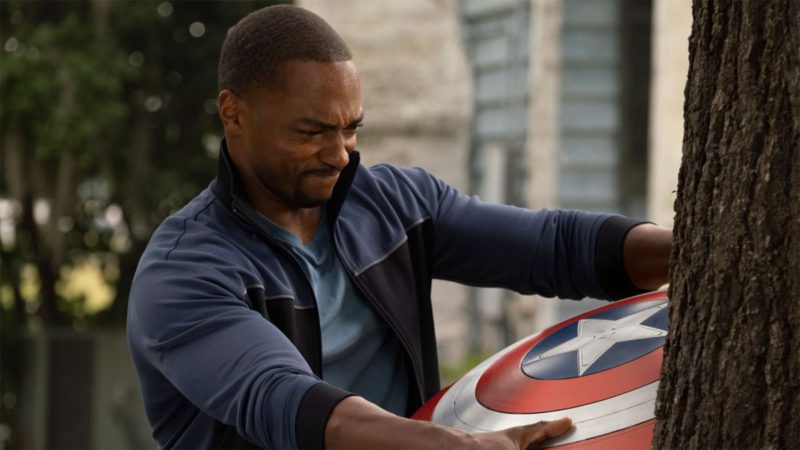 Malcolm Spellman joins a project announced just after the end of the Disney + series.

Anthony Mackie in ‘Falcon and the Winter Soldier

Falcon and the Winter Soldier reached its denouement yesterday, leaving behind lukewarm criticism and rumors of a pandemic subplot whose elimination would have caused considerable loopholes in the plot. The important thing, at this point, is that the series has achieved what it set out to do: make Sam Wilson the successor to Steve Rogers, and a new Captain America with a great future in the MCU. Future that would be beginning to be clarified, because a few hours after the premiere of the last episode on Disney +, Marvel has announced the production of a new film: the fourth installment of Captain America, which everything indicates that it would pick up the story of Sam where he left off.

According to The Hollywood Reporter, the details of this film are scarce, but the studio has already signed scriptwriters: they will be Malcolm Spellman, showrunner of Falcon and the Winter Soldier, co-writing with Dalan Musson (in charge of the script for the fifth episode, considered by some fans the best of the series). Beyond Spellman and Musson, Marvel has not confirmed if Anthony Mackie would star in the film as the new Captain America, much less if he would be accompanied by Bucky Barnes, Sharon Carter, or the newly named US Agent in the latest chapter, played by Sebastian. Stan, Emily VanCamp, and Wyatt Russell.

What is clear is that Captain America 4 would continue one of the most beloved sagas in the Marvel Universe, extended to The First Avenger, The Winter Soldier, and Civil War with growing success at the box office. Given that Chris Evans has left the MCU after his character found his story wrapped up in Avengers: Endgame, the odds of Sam Wilson being the protagonist of Captain America 4 are even more prominent, but it remains to be seen what place he would occupy in the phases. Marvel and what role the multiverse that is coming, with other possible incarnations of Cap, would play in the film.

Read Also  Falcon And The Winter Soldier Season 2: Who Is US Agent?

The fourth installment of Captain America does not have a release date, and it is possible that you have yet to specify its space in a calendar whose Phase 4 is occupied by Black Widow ( July 9 ), Shang-Chi, and the legend of the ten rings ( September 3 ), Eternals ( November 5 ), Spider-Man: No Way Home ( December 17 ), Doctor Strange in the Multiverse of Madness ( March 25, 2022 ), Thor: Love and Thunder ( May 6, 2022 ) and Black Panther 2. Titles to which must be added (belonging or not to the same phase) Ant-Man & The Wasp: Quantumania, Captain Marvel 2, the reboots of Fantastic Four and Blade, and the third volume of Guardians of the Galaxy. Captain America 4 must wait his turn.