Catherine Deneuve, “Golden Lion” to the race at the Venice Film Festival 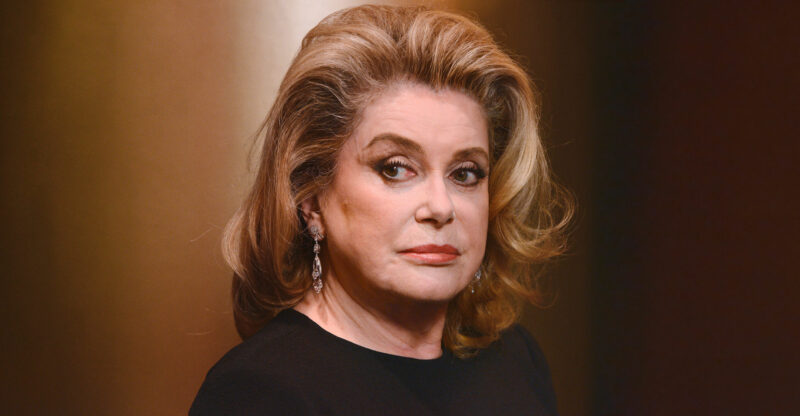 The actress Catherine Deneuve, icon of French cinema and one of the great stars of her generation, will receive the “Golden Lion” to her career at the 79th edition of the Venice Film Festival, which will be held from August 31 to September 10, the organization reported today.

“It is a joy to receive this prestigious award at the Venice Film Festival, which I have loved and known for a long time, since Luis Buñuel’s ‘Belle de jour’ received the Golden Lion. It is an honor to be chosen for this tribute by the Mostra, because she has accompanied me very often in so many films,” were the first words of Deneuve, 78, upon learning of the decision.

The director of the Venice Film Festival, Alberto Barbera, valued “the impressive number of films, most of them great international successes” of the diva of French cinema, according to a statement.

“An equally considerable number of awards won at the world’s leading festivals, to which must be added an Oscar nomination for best leading actress, a rare privilege for a non-American artist,” she added.

Read Also  Bella Thorne Announces That She Is Engaged To Her Boyfriend, Benjamin Mascolo

“An indisputable talent at the service of an interpreter’s skills to which a refined and unusual beauty have contributed to make her the very face of French cinema, a timeless diva, a true icon of the big screen,” he added.

The director of the ‘Mostra’ underlined how Catherine Deneuve has gone “from being one of the most representative faces of the Nouvelle Vague (…) to embody the essence of the universally recognized diva, placing herself among the greatest performers in the history of cinema”.

“For these reasons, the Golden Lion for Career attributed to him by the International Film Festival of the Venice Biennale on the occasion of the 90th anniversary of the first edition of the Venetian festival, after the Golden Lion won with ‘Belle de jour’ by Luis Buñuel in 1967 and the Volpi Cup as best actress for ‘Place Vendôme’ by Nicole Garcia in 1998”, Concluded.