Celebrity Mothers and Their Star Daughters 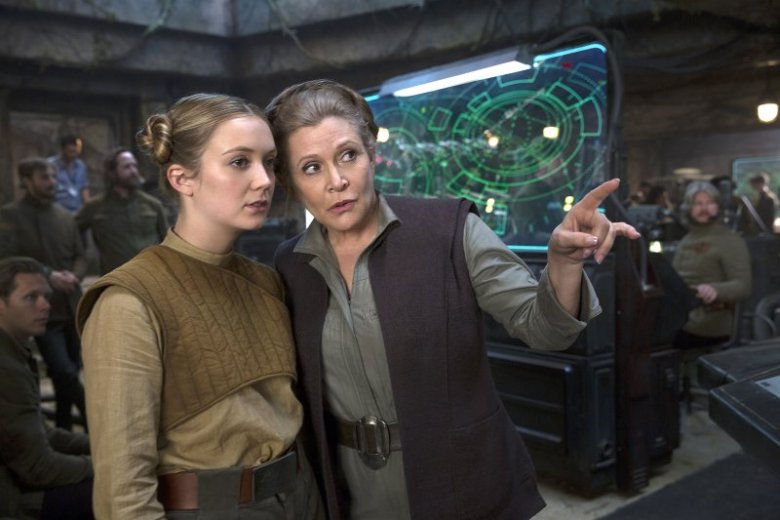 In the world of acting, celebrity dynasties are usual. There are many families where acting became a family business and involved fathers and sons, brothers and sisters, and mothers and daughters. Here are the top 8 mother-daughter duos, with younger ones becoming stars after their parents. Some daughters already got more than their moms, and some are only on their way to the peak of glory. Without a doubt, genes matter something in acting craft, don’t you think?

Actually, Princess Leia’s dynasty has three generations of actresses. Carrie Fisher’s mother, Debbie Reynolds, was thought to be one of the greatest treasures of Hollywood’s golden era. Carrie herself grew up and became a world-scale celebrity after playing her game-changing role in Star Wars. Then, Carrie’s daughter, Billie Lourd, followed her mother’s way.

Kaia is modest in interviews. She says it’s too early to call her a supermodel like her stunning mom. The girl herself thinks she needs a bit more time to develop her career so far. Nevertheless, Kaia took all the best from both of her parents, and her chance to appear on podiums and on the pages of fashion magazines is not only given by birth but rightfully deserved.

A young girl named Deva looks pretty similar to her incredibly beautiful mother. However, she already overcame Monica regarding her age. Deva is a leading model for Dolce & Gabbana, just like her mom used to be. Still, the difference is that Monica got that job at her 23. Deva was 14 when she got an offer from the brand to become their perfumery ambassador.

Elettra found a way to use her genes by becoming the voice of the Impatient Foodie blog. Additionally, her pixie haircut fits her appearance perfectly, just like that of her star parent. It seems that Elettra’s career is going to continue developing in the future. What else could one expect from Ingrid Bergman’s granddaughter?

Without a doubt, Margaret Qualley is one of the most charismatic actresses of her generation. She got her first big role in The Leftovers series, but nowadays, she is mostly appearing in full-meter movies.

Margaret has some serious roles in her portfolio already. She was nominated for Emmy, played one of the most remarkable roles in Quentin Tarantino’s Once Upon a Time in Hollywood, and starred together with her mother in a Netflix project – Maid. Still, probably every movie fan feels that Margaret’s greatest success is yet to come.

Meryl’s two older daughters, Mamie and Grace, are actresses, while Louisa is a model. Mamie and Grace have been trying to conquer movie and TV scenes for a while so far. Some may doubt they would overcome their great mom with a whole set of industry awards, including 19 Oscar nominations and three prizes.

However, Meryl got her first Oscar only when she was 30. The last one so far came at her 62. Nothing is lost for daughters yet, is it?

When you are born in Goldie Hawn’s family, you are already a Hollywood aristocracy member. However, Kate never sat back behind her mother. She received Oscar nominations when she was 21 for her role in Almost Famous. Nowadays, no one would argue Kate is as much a celebrity herself as her mom Goldie.

Quentin Tarantino invited many “Hollywood daughters” to play in his Once Upon a Time in Hollywood. Together with Margaret Qualley, who was already mentioned above, there appeared Maya Hawke, Uma Thurman’s descendant. She is only 22 years old, and the steps taken through the acting career are her first trials. She was also filmed in Little Women and Stranger Things (season 3).

Maya once said that her celebrity parents never helped her to choose what to do in life. She mastered acting with no pressure. Hawke says that she just likes acting most of all.

Multiple celebrity daughters follow in the footsteps of their successful mothers. It’s pleasant to see how children grow up and decide to reach even more than parents used to do. It’s not always easy, but, as many american literature essay examples show, only those who move forward can finally come somewhere. Let’s honor successful mothers and wish good luck to their daughters! It will be a pure pleasure to see how younger ones will become even more successful and more famous than their moms used to be back in their glory years.