Chicago Fire Season 10: Showrunner confirms return of another character for the finale 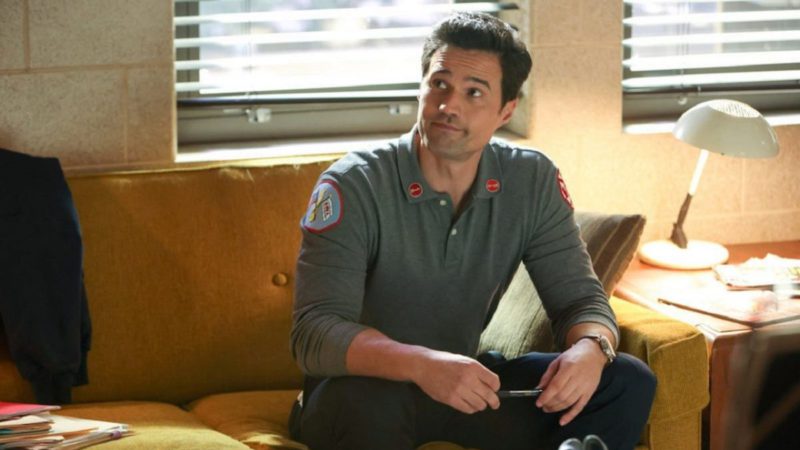 Chicago Fire Season 10 has many viewers concerned about the fate of some of the drama’s popular characters, such as Matthew Casey (played by Jesse Spencer), who left the show early in the installment, so that in his place came actor Brett Dalton, playing Jason Pelham. However, he too had a quick exit from the show. But, his return has been confirmed.

During an interview for TVLine, Chicago Fire showrunner Derek Haas confirmed that not only will Matthew Casey appear, but also Brett Dalton’s character, Lt. Jason Pelham, will reappear on the show, specifically in the final episodes of season 10. , where it is planned to be the popular wedding of Kelly Severida (Taylor Kinney) and Stella Kidd (Miranda Rae Mayo).

“Before the season is over, he’ll be back.”

Some of the reasons why Dalton will return as Pelham were explained by executive producer Andrea Newman, who added that the character has earned the trust of not only the public, but also the loyalty of the Firehouse 51, so it will be done to him. a space for you to stay there for a while.

“The character has shown such loyalty to the Firehouse 51. It was great to see him come together and find his place there. And it’s nice to have him in the world of Chicago Fire.”

Interestingly, fans seem to be a bit miffed at the character’s return, as one of the reasons he was written off the show was because there wasn’t enough room in Truck 81. Which is why Jason Pelham was transferred to Firehouse 72 and for Stella to stay on as the lieutenant after her promotion.

Recall that actor Brett Dalton joined during the seventh episode of the tenth season of Chicago Fire, which aired in November 2021. Of course, he has appeared in 7 episodes of the series and had a very quick exit. Some viewers thought the character was going to be a roadblock to Sylvie Brett’s (Kara Killmer) and Matthew Casey romance, but the producers didn’t seem to give her a chance to prove it.

However, with the recent announcements the Chicago Fire showrunner has been making about Spencer and Dalton returning for the final episodes of Season 10, fans are also wondering about the other announcement he made, which he claimed would also Charlie Barnett’s Peter Mills could return for the next installment of the drama.

The Fresh Prince of Rap: Episode where Will Smith and Chris Rock perform and were still friends

Johnny Depp hoped to have a “proper goodbye” from ‘Pirates of the Caribbean’: “It was too painful”