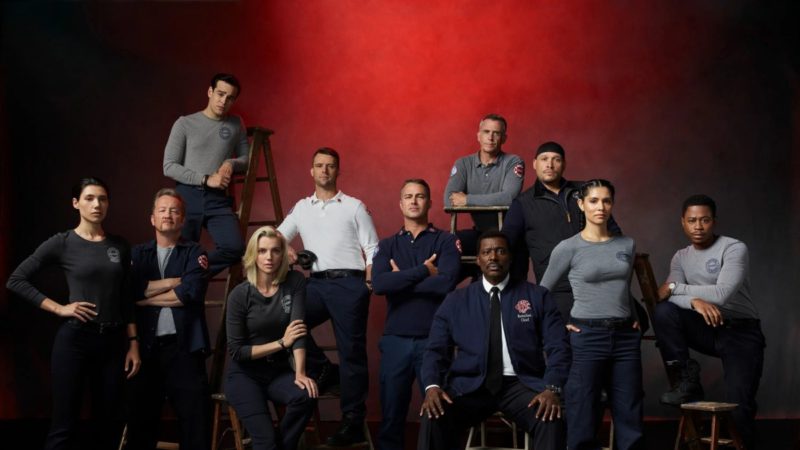 Chicago Fire returns this Wednesday with one more episode of season 10 on the NBC broadcast network, as it nears the end of this part of the story, with a conclusion that will come with a wedding and several guests. The return of some important characters that have not been seen for some time is expected, but the joy could be accompanied by other not so pleasant moments, at least for three members of the 51st battalion.

Things won’t be too good for Violet Mikami in the final episodes of season 10 of Chicago Fire. Hanako Greensmith’s character is at a love crossroads, and fans of the hit firefighter action drama have witnessed it in the most recent episodes. While she maintains a relationship with her boss Evan Hawkins (Jimmy Nicholas), she also has a thing going on with her ex-boyfriend Blake Gallo (Alberto Rosende).

The series will culminate the story of season 10 the last days of May. Fans are eagerly awaiting the wedding of Kelly Severide (Taylor Kinney) and Stella Kidd (Miranda Rae Mayo), who after so many mid-season complications will finally arrive at the altar, and are expected to be surrounded by family and friends from the 51st Battalion. .

But as the drama Chicago Fire prepares for the long-awaited wedding, it looks like all will not be pretty in the remaining three episodes of season 10. Fans will get to see more of what’s happening with paramedic Violet and her romantic entanglement. Executive producer Andrea Newman told Deadline that the flame remains burning.

“The love triangle of Gallo, Hawkins and Violet is still alive. There are still many complications between them. It’s not going to be as simple as her going off with Hawkins. It’s still a complicated situation for all three and Gallo ends up in the middle of those two.”

“[Gallo] he has been a good friend and that can be very attractive. She’s in between two really cool guys who are very different. It’s very complicated”.

Last week, Chicago Fire fans watched in the season 10 episode, titled “Finish What You Started,” when Violet told her secret boyfriend, Evan Hawkins, that she had a crush on him. However, she wasn’t ready yet to tell him that she loved him.

Let us remember that in Chicago Fire Hawkins is his boss, and that is why they have kept their relationship a secret. However, Gallo is clear about what is going on between them, and has let her see how complicated it is just because Jimmy Nicholas’ character is in a position of power.

Read Also  Yellowstone: Where to watch season 4 of the cowboy drama with Kevin Costner

In the NBC drama, Gallo is jealous, but despite everything he has shown Violet that he is a loyal friend who will not judge her and that he has no problem keeping his relationship with Hawkins a secret. Without a doubt, this bond with her ex-boyfriend is strengthening, while she tries to keep her love situation in reserve.