Chicago Fire Season 10: Where’s Sylvie Brett and when is she returning to the NBC drama 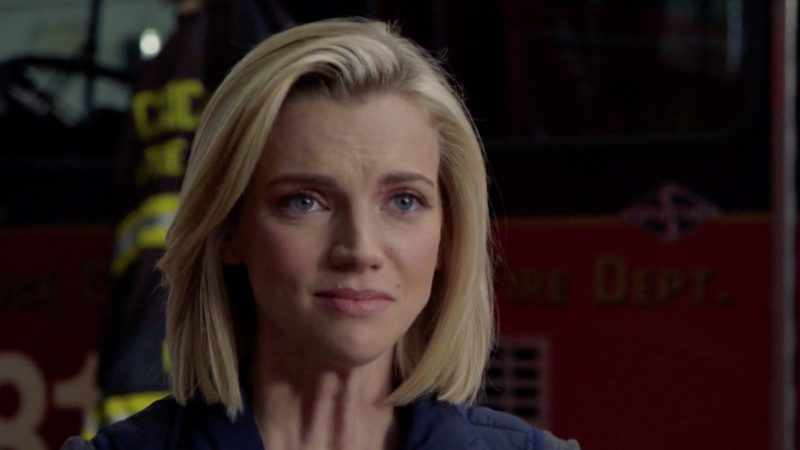 Chicago Fire, NBC’s hit firefighting action drama, airs every week on Wednesday with new episodes from season 10 as it heads toward the end of this part of the story that will culminate in the final days. of May. But there’s one thing that’s keeping fans worried, and that’s the absence of Sylvie Brett, who went on leave and hasn’t returned.

Chicago Fire fans are feeling uneasy, as they haven’t seen stories of Kara Killmer’s character in the most recent episodes of the tenth installment of the popular Dick Wolf series. In the midst of a crisis due to the prolonged absence of her love interest Matt Casey (Jesse Spencer), the paramedic confessed to her friend and co-worker Violet Mikami (Hanako Greensmith), that she feels lonely being away from the captain who resigned from the 51 battalion.

Recall that Matt Casey said goodbye to his job to go to Oregon and take care of the children of his late friend Andy Darden. After he finally landed his long-awaited romance with Sylvie Brett in Chicago Fire, fate keeps them in a long-distance relationship, but it’s been apparent that the distance is taking a huge toll on Killmer’s character.

Read Also  The Shannara Chronicles Season 3: Here Is Every Detail Of It

The truth is that she is absent from the screen because she asked permission to spend time with Casey. This is something that was expected to happen anytime after Spences exit, but has now become a concern for viewers who are thinking that the next departure from the show is Sylvie Brett.

Meanwhile, Chicago Fire fans are wondering when Sylvie Brett will return with more stories, as she is one of the pivotal characters on the NBC show. The good thing is so far there is no indication that Killmer is going to leave the firefighter drama in which she stars. Showrunner Derek Haas recently said that he would like to see Spencer return for the season 10 finale and get Brett and Casey back together, if possible.

Let’s remember that in Chicago Fire, the wedding of Kelly Severide (Taylor Kinney) and Stella Kidd (Miranda Rae Mayo) is pending, which will possibly materialize at the end of season 10. And since the characters Severide and Casey are best friends , fans should rest assured that they can look forward to this special reunion including Sylvie Brett.

Read Also  Chicago Fire: Actor Christian Stolte dismisses the most talked about theory of his character

The Crown: In what year will it be set and what will the prequel to the Netflix drama be about