Chicago Fire Season 10: Why Severide and Stella Kidd’s Wedding Are Being Questioned 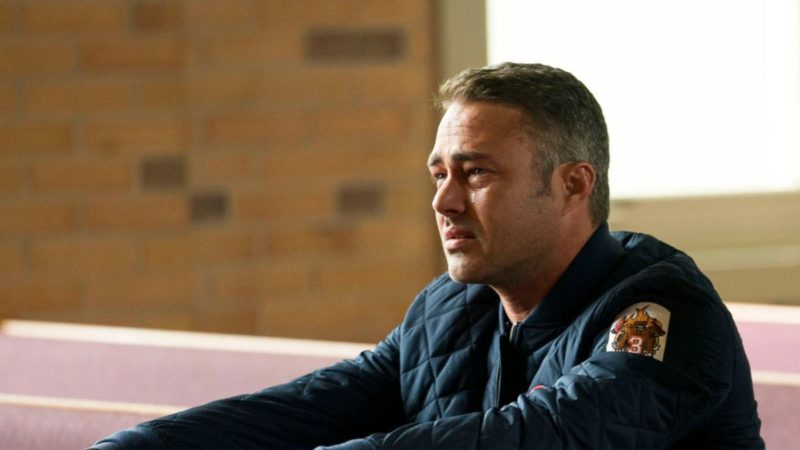 Chicago Fire, the fire-fighting action drama that premiered its 10th season on the NBC broadcast network at the end of September last year, is finishing this part of the story and has a scheduled conclusion for the last days of May, with a wedding that has been waiting for a long time.

Kelly Severide (Taylor Kinney) and Stella Kidd (Miranda Rae Mayo) will walk down the aisle when Chicago Fire season 10 airs its final episode. Many will be the guests, and it is promised to bring back some characters including Jesse Spencer’s Matt Casey and Kara Killmer’s Sylvie Brett. Fans of the NBC drama couldn’t be more excited, but keep in mind that anything can happen on this series.

While many are eager to see how Kelly Severide and Stella Kidd’s long-awaited wedding will play out, some viewers are questioning the fact that Kinney’s character is getting married. Loyal Chicago Fire fans know all too well the past of who will become Lieutenant Kidd’s husband, and this time, they are wondering if he is still married to Brittany Baker (Serinda Swan).

As many will remember, in Chicago Fire’s past Kelly Severide and Brittany Baker tied the knot in a speedy wedding in Las Vegas, following his breakup with Erin Lindsay (Sophia Bush). They met while playing at a casino, hit it off, shared a kiss, and then came the wedding, according to Distractify.

Turns out Chicago Fire fans don’t forget that when Kelly Severide returned to Chicago, she was notably sporting a wedding ring. This is why some viewers are wondering if Kinney’s character and Brittany Baker remain married, and if they still are, how is it that she will marry Stella Kidd during the season 10 finale of the series.

In this sense, the showrunners of Chicago Fire, Derek Haas and Andrea Newman, clarified that Kelly Severide and Brittany Baker are no longer married in the narrative of the program. It was through an interview with Meet Us At Molly’s, when the producer stated that the divorce between them took place immediately after the marriage in Las Vegas.

“Don’t forget that Severide has Brittany in Florida. No, the divorce went through right after,” laughed Newman. “Maybe it was overturned, actually. It was short enough to have been overturned. Let’s go with the annulment.”