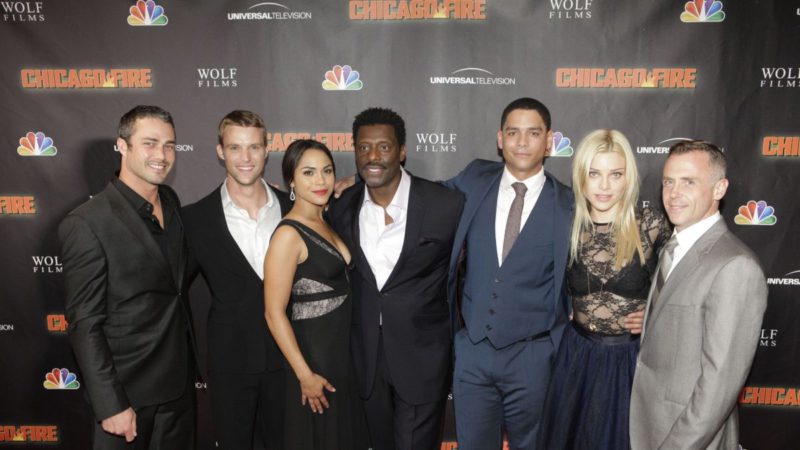 Dick Wolf has arguably replicated the success of the franchise he produced with Law & Order by creating the One Chicago series of shows. The television franchise initially kicked off in 2012 with Chicago Fire, which focuses on the dangerous work and dramatic personal lives of Chicago’s brave firefighters.

In real life, working among colleagues in such an intense line of work can produce a deep bond. After all, a level of trust is needed when it comes to putting out fires, as one’s life could depend on it. In many cases, firefighters probably see their colleagues more than their own family thanks to the time they spend working together.

This could be especially true for Christopher Herrmann (David Eigenberg) and Wallace Boden (Eamonn Walker) on Chicago Fire, both family men who serve as longtime residents of Firehouse 51. Both characters are loyal but flawed people who strive to be better. and advise the rest of the team.

Read Also  Who Is TikToker Who Rejected Ben Affleck On A Dating App?

They are also there for each other during crucial moments. For example, Boden is the one who officially promotes Herrmann to lieutenant in Season 7, and in Season 3, Herrmann is Boden’s best man during his wedding. With such a wonderful on-screen friendship between the characters, we have to wonder about the actors who play them. Is the friendship just for the camera, or are Eigenberg and Walker friends in real life?

Based on David Eigenberg’s social media activity, it appears that the close friendship between him and Eamonn Walker extends beyond the screen. In 2016, the actor posted a photo on his Instagram of the two hanging out together and wrote, “That’s me and my best boy… Ever. I love this man.” Apparently, Eigenberg and Walker are also comfortable enough friends to try and bring out the best in each other when it comes to performing on Chicago Fire. In an interview, the actors explained that it is common for the two to put pressure on each other to do their best in scenes together, even after several years on the job.

“The thing is, we care. We care about each other, and we still care about the work for the love of the people that are here and the family that we have. So that’s never going to go away.”

There is definitely a friendly atmosphere between the actors in Chicago Fire. In a similar case, we have already learned through social media activity that Jesse Spencer and Taylor Kinney are also friends in real life. Featuring Eigenberg and Walker’s real-life friendship, Chicago Fire is not only a consistent television hit, but also a show that forges strong bonds between its cast.