Chicago Fire: What we suspected about Charlie Barnett’s departure from the NBC series 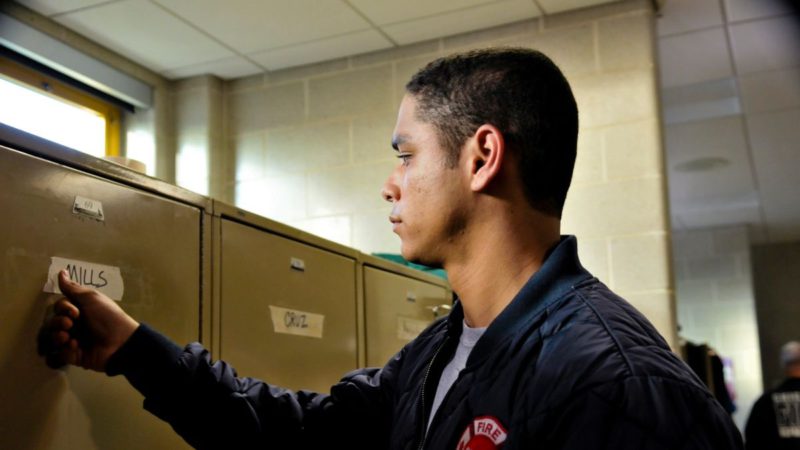 During the early seasons of Chicago Fire, viewers were treated to actor Charlie Barnett’s incredible performance as firefighter Peter Mills. But, in an unexpected twist to the show, both character and star left Firehouse 51. However, a recent interview with Barnett reveals new details of his departure.

Let us remember that the story of Peter Mills was one of the saddest that viewers saw in Chicago Fire, in the first seasons he had joined as a firefighter candidate in Truck 81 of Firehouse 51. Although he showed great skills, he was transferred to the Squad rescue 3.

But, due to illness, he was transferred in Ambulance 61 since he was not authorized for fire service. Although he was reinstated again, he later decided that he no longer wanted to be a firefighter and wanted to be with his family, with Mills’ last appearance being in episode 20 of season 3 of Chicago Fire.

However, during a recent interview for Digital Spy, actor Charlie Barnett revealed new details about his character’s departure in the third season of the drama, assuring that it was a great opportunity he received from the NBC television network. But, what saddened him that the producers decided to eliminate him in one of his best moments:

“[El programa] It was a giant that I really never saw coming. I was grateful to be a part of it. It really saddened me that they let me go. He broke me for quite a while.”

In his interview, Barnett assured that it was a blessing in disguise to be on Chicago Fire, but that it served as a lesson in his life, in addition to the great experience he gained during his three years on the program, but that, thanks to that, it is what it is today.

“Yes. It was a blessing in disguise, and everyone told me that. You never really see that in life, in general. You never see bad times turn into good times. It wouldn’t be. It wouldn’t be what it was, I think, if it recognize you for what it is in that moment.

Interestingly, he also revealed how he has stayed connected with some of the cast members of Chicago Fire, especially those who shared with him long before he belonged to the NBC drama, when they were young students in college and the friendship they made was of film sets.

“Yuri [Sardarov]David Eigenberg and I had lunch about two weeks ago. I talk to Joe every time I’m in Chicago: Joe Minoso is my fucking brother. I will see him forever.”

Read Also  The Squid Game: They confirm when season 2 of the Netflix drama premieres

“With Monica [Raymund]I grew up in Florida. Monica and I went to college together, and we went to Juilliard together. She’s the one who convinced me to go to Juilliard. There are connections there that go beyond just the Chicago Fire,” Barnett said.

Unfortunately, the actor did not reveal any clues about the possibility that his character would return for a future season of Chicago Fire, but without a doubt the emotion in his interview showed that, if offered the position again, he would accept it without any problem. .