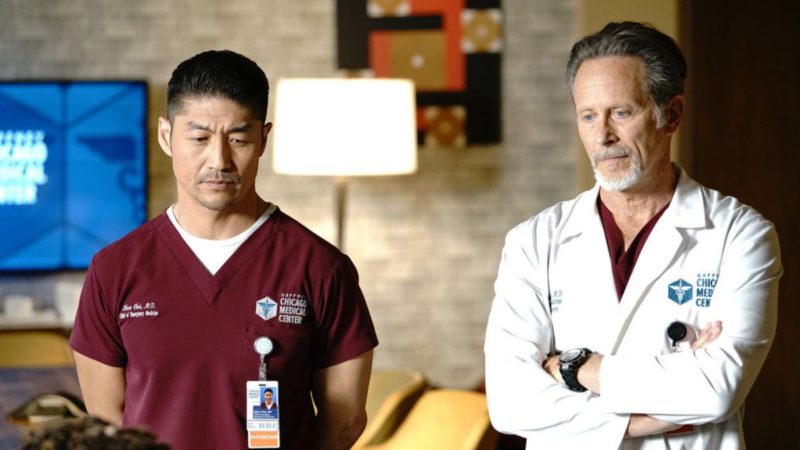 Throughout the seasons of Chicago Med, various characters in the drama have come and gone for different reasons, but each has their own motivations, such as promotions, transfers, sick relatives, and awkward romantic entanglements. Showing shocking scenes that have made viewers cry. However, there is a scene in the show that made the same members of the production cry, as confirmed by the actor of Dr. Dylan Scott, Guy Lockard.

Admittedly, some of the most heartbreaking scenes Chicago Med viewers have seen include the likes of Dr. Charles (Mekia Cox) visiting her husband’s grave, Dr. Natalie’s (Torrey DeVitto) awkward relationship with Dr. Halstead (Nick Gehlfuss) and that of Dr. Rhodes (Colin Donnell) interacting with Dr. Ava Bekker (Norma Kuhling) which results in Bekker killing Rhodes’ father and then herself.

However, during a YouTube interview in celebration of the One Chicago universe’s Chi-Hard event, Dr. Dylan Scott actor Guy Lockard revealed his favorite scene on the show and the one that made everyone cry. the drama’s cameramen and even caused the production of the episode to pause for a moment.

“So far my favorite scene on the show is episode 4, with the young man who was diagnosed with schizophrenia.”

“I think it’s such a powerful scene, that everyone on set: directors, cameramen, supporting actors and people who weren’t even supposed to be on set were crying,” Guy Lockard revealed.

The episode Guy Lockard is talking about belongs to the seventh season of Chicago Med, entitled “Status Quo, aka the Mess We’re In”. Viewers see patient Roland Baxter (Kameron Kierce) in a fit of psychological distress in public and in broad daylight, attracting several bystanders and police officers, who point out the delirious man.

However, this is when Guy Lockard’s character, Dr. Scott, steps in to try to dissuade not only the sick individual, but also the police, who have drawn their guns in confusion and are about to shoot him. . Which is why the doctor asks Baxter to slow down his breathing and focus on him, and the tension is immediately lifted from the air thanks to his quick thinking.

“I will never forget that scene. It was really special,” added the actor about that moment.

Although the program has shown many other shocking situations throughout its seven seasons, the star assured that this has been his favorite. A fact with which a large part of its fans also agree, who were also commenting on it after the day of its launch, in October 2021.