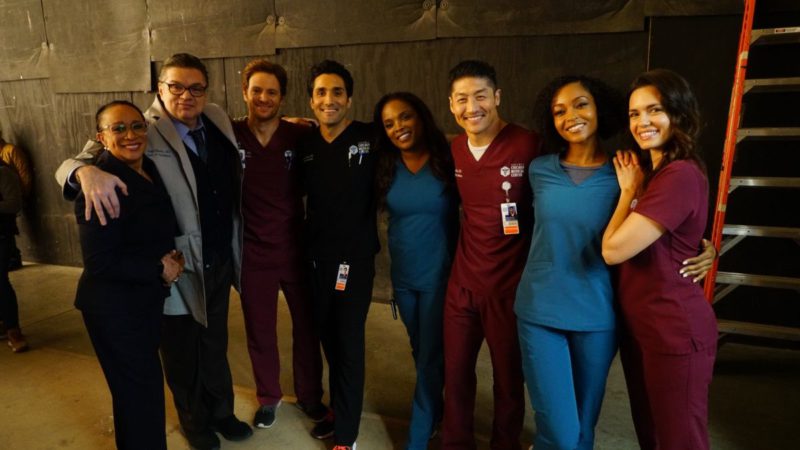 One of the most interconnected universes on television has nothing to do with superheroes or science fiction. Instead, it focuses on the emergency personnel who help keep the city of Chicago safe. One Chicago has had several series over the years, primarily with Chicago PD, Chicago Fire, and Chicago Med.

Characters from each series will intersect and interact with each other, doing an outstanding job of showing how these various positions intersect in real life. The franchise really lives up to its name by showing how, at the end of the day, there is only one Chicago.

Many found families have been forged through these shows, especially Chicago Med, where workers see terrible things day in and day out. The doctors, nurses, and other people in the emergency department at Gaffney Chicago Medical Center have to trust each other, which goes double for the actors in real life.

It’s always hard to tell if actors are friends in real life if they’re playing friends on a TV show. You never know if the chemistry is genuine or if they are really good at their jobs. However, it appears that Nick Gehlfuss and Brian Tee, who have had many scenes together on Chicago Med over the years, are, in fact, friends.

The clearest example of this on social media is a post Nick Gehlfuss made on Instagram where he shared an article written by his co-star Brian Tee. In 2021, Tee wrote about the importance of Asian representation in the media. Nick Gehlfuss shared an image of the article along with a caption, where he was “standing in solidarity with Asian family, friends and communities” inviting many to “read @brian_tee’s article”.

That’s not the only time Tee has made his way onto Gehlfuss’ Instagram feed. Nick Gehlfuss has regularly shared photos of the two of them hanging out behind the scenes of their show, and he’s always smiling and laughing. It seems that Gehlfuss and BrianTee aren’t the only friendship to form at Chicago Med. They all seem to get along, which should be a huge comfort to fans.

The 5 best Studio Ghibli movies to watch on Netflix