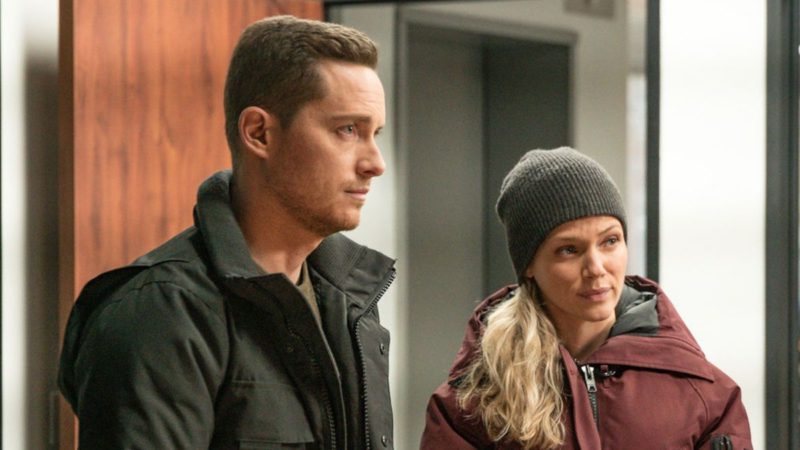 The popular crime drama of NBC, Chicago P.D., has surprised all the fans with the final episode of season 8 titled “The Other Side”. But, fans can’t stop talking about what will happen between Jay Halstead (Jesse Lee Soffer) and Hailey Upton (Tracy Spiridakos), after the strange marriage proposal.

Recall that during the final episode Sergeant Hank Voight (Jason beghe), threw out the whole process that the police reform had been going through.

After Detective Kim Burgess (Marina Squerciati) was kidnapped, the entire intelligence team set out to search for her, something that drove Voight mad and filled with rage over what happened to a member of his team.

When they manage to find the criminal, Voight tries to murder him, but Upton stops him and asks him to keep him alive to find Burgess. In an oversight, the criminal takes advantage of and takes Voight’s weapon, so Upton reacts quickly and assassinates him.

Detective Upton was a mess when she returned to her apartment to find Halstead. Shocked by her encounter with Voight and the fact that she killed a man, Upton was almost in tears when she told Halstead that maybe they should get married. Leaving everyone surprised.

“I do not want to be without you”.

Upton’s marriage proposal to Halstead after murdering a criminal, keeps all fans doubtful about what could happen between them, especially that he does not know the situation she just went through.

Leaked: The Great Villain of Doctor Strange and the Multiverse of Madness?