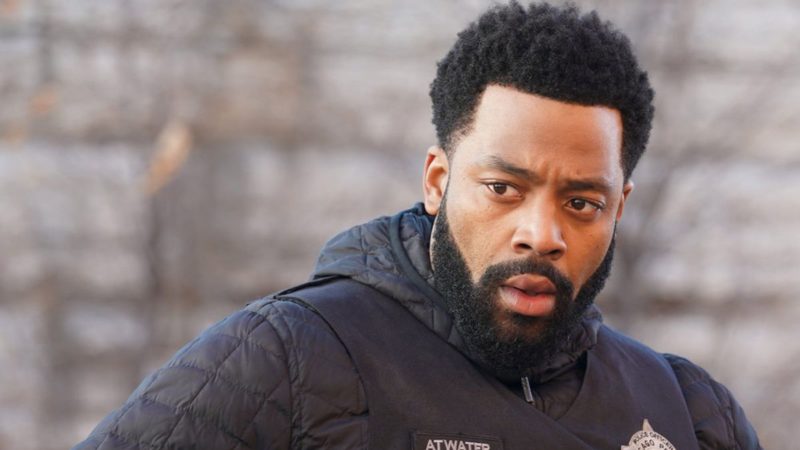 NBC’s police drama, Chicago PD, has surprised all viewers with the end of its season 9, not only because of the new police officer who has joined the Intelligence department, but also because of the sentimental situation of officer Kevin Atwater (Laroyce Hawkins), after falling in love with Celeste Nichols (played by Amanda Payton). But, it all ended in disaster and put the whole romance in question.

Recall that Atwater was working on a case as an undercover, to investigate the sale of illegal weapons in the city, but without knowing it he fell in love with a woman named Celeste, who seems to have had something to do with the case or would have knowledge about what was happening. However, little by little both fell in love, generating confusion in his heart.

Now, in the season 9 finale of Chicago PD, Celeste felt too betrayed by him to continue the relationship, especially when she found out that Atwater was actually a cop. But, our officer did not give up and continued to insist on clarifying the misunderstandings and the reasons why he could not reveal that he was from Intelligence.

“Hello, Celeste. I’m Kevin, again. I just call you weekly, trying to see if you’re ready to talk. You know, whenever you are, I’m here. I miss you”, Kevin calling her on the phone.

In the final moments of episode 19, Atwater finds himself desperate calling Celeste weekly, to check on her and try to talk to her. But, after analyzing the situation that had happened with her and her feelings for her, he called her back to leave her one last message that casts doubt on the officer’s romance for the following seasons:

“Hey, it’s me again. You don’t have to call back, that’s fine. It’s just me calling to say I’m sorry. Sorry for everything. All of it. I’m not going to call again.”

Atwater concluded that he needed to stop sending weekly messages in the hope that she would want to talk to him, which could be a sign that he is ready for a second attempt at a relationship with her. But, since she didn’t want to answer any of her texts and calls, it seems the police drama is bringing closure to the officer’s romance.

Let’s remember, though, that Chicago PD hasn’t exactly given Atwater a lot of love interests since he’s been on the series, so all the screen time invested in Celeste could mean the show would want to bring her back for season 10 of the series. drama. It only remains to wait for the development of the next episodes to confirm what will happen to him.