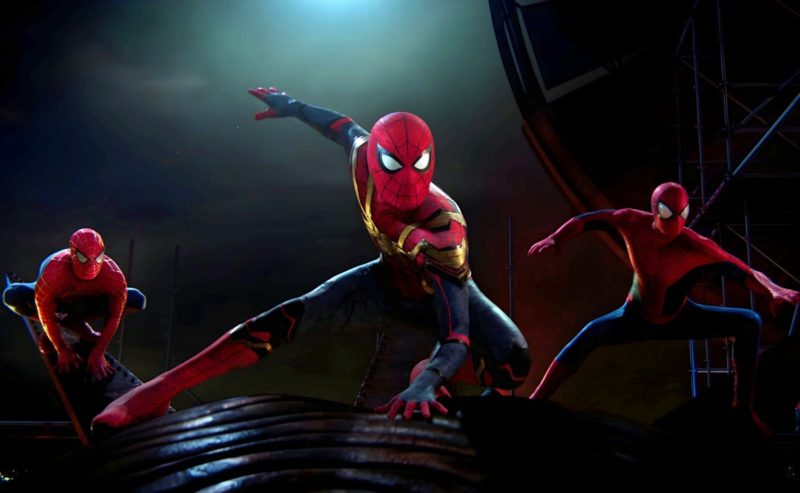 Despite the fact that ‘Spiderman: No Way Home’ was the most successful movie since the health crisis began, and one of the highest grossing in all of history, it was able to climb more places on the list, since it never had a premiere in one of the most important markets in the world. The Chinese government asked Sony to censor key parts of the story as a condition for its release in China.

Through Puck News, reports affirm that the Chinese government asked Sony to remove the Statue of Liberty, a monument where the entire fight of Tom Holland, Tobey Maguire and Andrew Garfield against the Green Goblin, Dr Octopus, Electro , Sandman and the Lizard.

It might interest you: Sam Raimi reveals 4 doubts to be able to make Spiderman 4

According to the report, Sony refused this condition, and that is why the collaboration with Disney could never have the expected premiere in China. Despite that, ‘Spider-Man: No Way Home’ still grossed more than $1.80 billion worldwide.

It might interest you: Actress, producer and singer: Kirsten Dunst’s films

Reports indicate that the Chinese authorities asked to censor this final part of ‘Spiderman: No Way Home’ to reduce the American patriotic symbols in the film, and given Sony’s refusal, the Asian government changed its offer, and asked that it be at least darkened, or trimmed the moments where it is seen on the entire screen.

‘Spider-Man: No Way Home’ could be the highest grossing in history

However, the studio did not accept the opportunity due to the conflicts it could bring with the American media, and thus they missed out on perhaps raising enough to surpass James Cameron’s ‘Avengers: Endgame’ and ‘Avatar’, both of which did have a release in China, and which are the highest grossing in history.

It is worth mentioning that this is not the first time that China has asked to modify certain aspects of a film in order to have a proper premiere in the region. In addition, due to previous conflicts with Disney over the release of ‘Shang-Chi and the Legend of the Ten Rings’, over the representation of their culture, it was believed that there was friction between the two parties.

Read Also  James Gunn confesses that "there is a lot of sadness" for the end of 'Guardians of the Galaxy vol.3'

In the case of Marvel, things seem to look better for their next releases, such as “Doctor Strange 2” or “Thor: Love and Thunder”, however, it remains to be seen if they will have a theatrical release in China. On the side of ‘Spiderman: No Way Home’, it continued to have a significant collection, given its release on streaming platforms and digital stores.