Chris Hemsworth: Dad Thor is ‘pretty normal’ for his kids 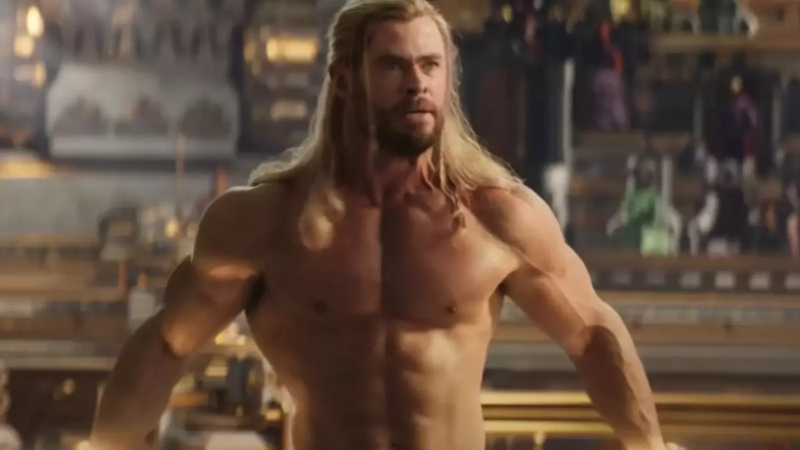 Eleven years ago, Chris Hemsworth (38) was seen for the first time as Thor in the film of the same name. A real success story followed. Thor established himself in the Marvel Cinematic Universe (MCU) and not only got two more films, but was also admired in the “Avengers” series. The fourth installment in the Thor series is now in cinemas, Thor: Love and Thunder. As Hemsworth reveals in an interview with the news agency spot on news, the god from Asgard has changed a lot over time.

“Every time I play the character, I want to do something different. You have to keep renewing it for the audience – making it different, unique, fresh,” explains the Australian. With the first part, the makers oriented themselves even more towards the comics, according to Hemsworth. With director Taika Waititi (46), the fourth “Thor” part has now become much more of a romantic comedy than a classic superhero film: “It just came from a good time together and the need to entertain the audience.”

Chris Hemsworth on Movies: “It’s About Having Fun”

“That’s why I go to the cinema myself and why Taika makes films. It’s about having fun. We thought back to the time when we were kids and we sat in the movies and were transported to another world, another universe. In theory, we were a bunch of five-year-olds thinking about what they wanted to see in a movie.” And the result is impressive: hilarious dialogues, lots of action and a touching love story await the cinema-goers.

Chris Hemsworth has been Thor for over a decade now. This makes “Thor” one of the longest-running superhero series. Is there more to come after part four? “I don’t know how to proceed from now on. I’m having a great time. My passion and enthusiasm for the character is just as fresh now, if not stronger than it was on the first film,” says Hemsworth. He would now leave another sequel to the heads of Disney and Marvel, but emphasizes that he put “my heart and soul” into every “Thor” film.

Natalie Portman as a female Thor: Did Chris Hemsworth give any tips?

Thor’s great love is the astrophysicist Dr. Jane Foster, played by Natalie Portman (41). However, for “Love and Thunder” Portman also slips into the superhero costume – she embodies a female version of Thor. Did Hemsworth help his colleague with this transformation? On the contrary – Portman didn’t need any tips, Hemsworth copied something from her. “She understood the character so beautifully and wanted to embody the character in her own way. She blew us all away with her performance,” he says.

Thor: Love and Thunder was filmed in Hemsworth’s home country of Australia. His family was often present at the shooting. “They enjoy it all, they love the characters and the movies. But they’re a lot less impressed than most kids. Her father is Thor and that’s pretty normal for her,” explains the father of three.