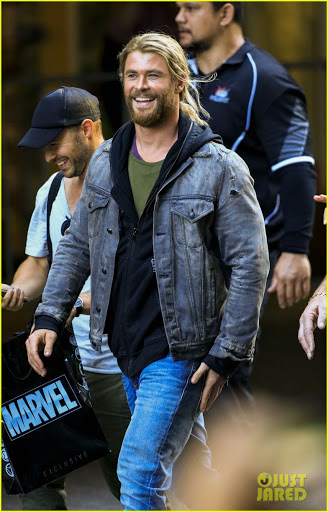 The first ‘Thor’ turns 10 years old and Hemsworth celebrates it with a lot of jokes.

Loki (Tom Hiddleston) and Thor (Chris Hemsworth) in the film.

Although it is hard to believe now, there was a time in the Marvel Cinematic Universe when there were no gods or Mjolnir’s. Iron Man was rampant as the only avenger representative (leaving aside the Hulk from Edward Norton) and Captain America was preparing to make the leap to the big screen when in 2011 Thor hairy and powerful came to theaters with virtually unknown Chris Hemsworth carrying the weight of Asgard on his sturdy shoulders.

10 years later, the god of thunder has gone from being one of the most underused characters in the MCU to becoming an indispensable comic relief thanks to the transformation (haircut included) of Taika Waititi into Thor: Ragnarok, and the extra beers. of the Russo in Avengers: Endgame.

Without a doubt, his fourth solo adventure, Thor: Love and Thunder, is one of the most anticipated releases of Marvel’s Phase 4, with Waititi once again at the forefront of the blockbuster that is now filming in Australia. Before, in less than a month, we will meet again on the small screen with Loki, his mischievous and charismatic brother, the antihero who has made Tom Hiddleston soaring.

Hemsworth, who does not forget his beginnings, has wanted to remember the anniversary of the first Thor with a fun post on Instagram that he has accompanied with two images: the first, he with Hiddleston 10 years ago; and the second, from a Vulture article in which their signings are reported referring to them as “no-names”, making it clear that, at that time, no one knew them.

In the article in question, the publication releases pearls like this on the choice of Hemsworth and Hiddleston: “Hopefully they will follow the route of JJ Abrams and put the money they have saved in the casting in the special effects.” Knowing the Australian’s sense of humor, we are not surprised that he shared this capture to make fun of for a while.

“This year marks the 10th anniversary of Thor when they gave the keys to the kingdom to two unknown lads. It has been quite a journey and clearly, we have not aged anything,”.

In the last decade, the Asgardian and his deceptive brother have earned a place in Marvel’s hearts, in large part thanks to the talent of the interpreters who bring them to life. Little did they imagine at Vulture 10 years ago that those actors nobody knew would become two of the most coveted stars not only in Marvel but also in Hollywood. Thor and Loki’s future couldn’t paint better.

Spider-Man VS Venom Movie Is On The Cards At Sony!