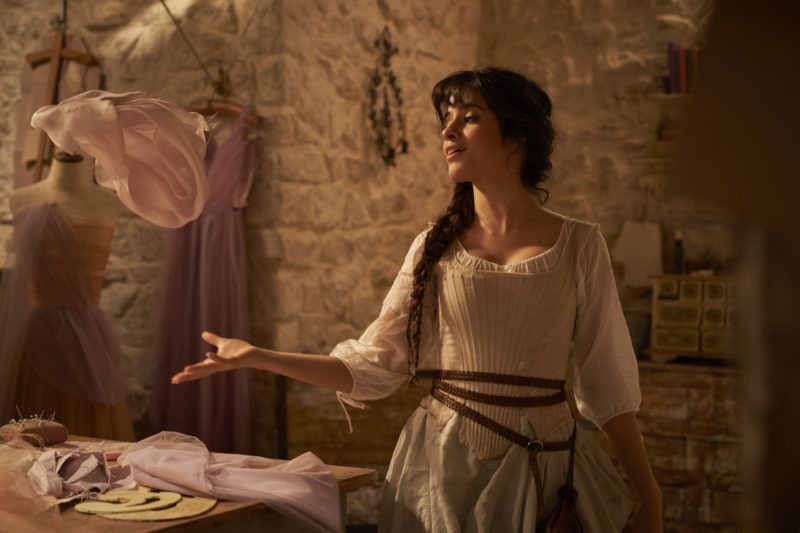 ‘Cinderella’ in the flesh: First official photos of Camila Cabello in her new movie.

After filming was suspended due to the coronavirus pandemic and the release date delayed, we will finally be able to enjoy ‘Cinderella’, a film starring Camila Cabello. Now the first images of the singer dressed as a princess have already been seen.

‘Cinderella’, one of the films that are part of the childhood of most people, is back, but this time in a very different way.

The new film is a live-action musical directed by Kay Cannon and written by James Corden. Singer Camila Cabello stars in the film, bringing Princess Cinderella to life. But that’s not all, Camila has also been in charge of creating the soundtrack for the entire film.

Cinderella is an ambitious young woman whose dreams are bigger than the world will allow her, but with the help of her fairy godmother, she will persevere and make her dreams come true.

Read Also  NCIS: Los Angeles: They confirm which character will not return to the CBS crime drama

Now the first images of the singer characterized as a princess have come out. The official Instagram account of the film has revealed what Camila Cabello is like in her role as Cinderella. In the first photograph, we can see her in an inelegant suit.

In the next one, we can see her next to the actor Nicholas Galitzine, who plays Prince Robert, this time we intuit that she is wearing a spectacular dress and the photograph could be of the dance scene where the two meet.

The actor also wanted to share a photograph of the film on his official Instagram account. “Very happy to be able to show you the first image of Camila and me as Cinderella and Prince Robert,” he wrote next to the image.

The film, which started out as a Sony project, was eventually acquired by Amazon Studios for digital production. “We are very proud of this film and I am delighted to be partnering with Amazon Studios, which gives us the opportunity to share it safely with audiences around the world,” Cannon tells” I can’t wait for people to see it, laugh, and sing!”

Finally, ‘Cinderella’ will arrive on Amazon Prime Video next September and its director assures that Camila is going to surprise everyone. “She is so fantastic. She is so good, so natural, funny, beautiful, and very, very talented,”

Fast & Furious 9: How Is Brian O’Conner Alive In The FF Timeline?