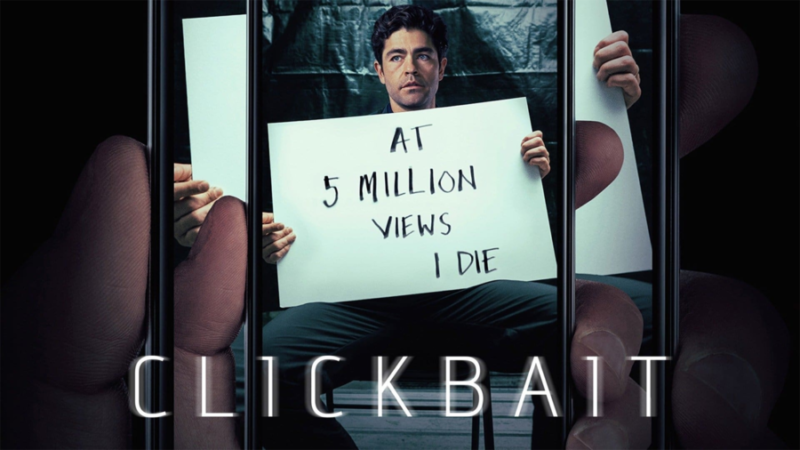 Clickbait: Clickbait is an upcoming drama series that follows a story of a loving father and husband who suddenly disappears. And then the story unfolds in its own ways.

If you are some who needs to solidly watch some thrilling drama then this upcoming Netflix television show is the best one. Ahead of the release of Clickbait, it is probably best to get caught up on the ins and outs of the limited series. Especially since it’s been flying under our radar since it was announced. Now speaking of that announcement was in December 2019. The Filming on the “Clickbait” series began in Melbourne, Australia back in December 2019 but was paused in March 2020 due to the ongoing  COVID-19 pandemic. However, the filming resumed in November 2020

Clickbait is about to land on Netflix very soon and the story of the series focuses on a sinister act of Cybercrime. The series basically explores the age of social media and follows one man who gets featured in a horrifying viral video online. Here are all the details you need to know about the upcoming Netflix drama series. 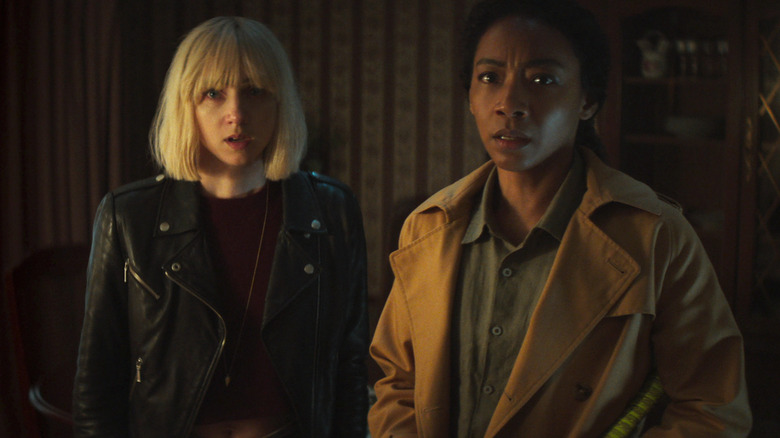 The release date for Clickbait was featured at the end of the official trailer released by Netflix and just one month ahead of its premiere date. Clickbait is an intense and suspenseful eight-episode series that is told from a different perspective to the viewers. The thriller will arrive entirely on Netflix on 25th August for the fans in the US gaining access to the series at midnight time. For the ones who are quite interested to watch in the UK, they will have to wait for the series until 8 am before they can binge the episodes.

Every episode is of about 45 minutes and they all explore the ever-widening facts of the series which we will find between our virtual and real-life persons. A trailer for the series was dropped amongst the fans on August 11 and is currently available to watch on Netflix and Youtube.

Nick Brewer will be played by Adrian Geneier who is a husband and father with a troubled past and all of a sudden disappears out of the blue in the series. He has a strong yet complex relationship with his sister named Pia (Zoe Kazan) who is also quite desperate to find him. Nick is married to a girl named Sophie (Betty Gabriel) in the series. They have two sons named Ethan and Kai both are played by Camaron Engles and Jaylin Fletcher. When Nick goes missing, the detective in charge of the case shifts to Roshan Amir (Phoenix Raei). When she loses all the hope in the police, Pia turns to her young friend Vince (Jack Walkton) who is a patient at the hospital where she works and asks for help.

As for Kazan, fans may recognize this Hollywood legacy star from her performance opposite Kumail Nanjiani in the romantic comedy “The Big Sick” or as Bess Levin from the 2020 HBO limited series “The Plot Against America.”

The trailer of the series is available to watch now and it shows Sophie Brewer reading out a press statement. Over a montage of Nick with his friends and family she says:

“This is a message for the kidnapper.

“He is a husband, a father, a brother. He is kind, loving, and gentle. You have made a terrible mistake. Let him come home.”

Nick will be then seen looking quite battered and bruised in an online video. Also, he is holding a sign which says At Five Million views I die. A new video is then uploaded on the internet which shows Nick holding a sign which says I Killed A Woman. His family doesn’t see this as his confession but more of a death threat to him. Inside their mind they knew, Nick has clearly been hiding something from them and detective Amir must figure out what this is. Throughout the investigation process, they discover new sides of the story about which they had no idea could exist.

His sister and wife also swear that he has never been violent but he is now seen losing his temper in the trailer. Another police offer than comes and states in his statement that, there is something which she is not saying. This could mean that either Nick’s wife or her sister is covering for him. They might know even more about his past. Many fans have taken to the trailer comments to share their initial thoughts and gave their expectations about the series.

Now let’s see how the story will fill the thirsty thrill lovers. We will keep updating you with all the latest updates regarding the release or for any changes. Stay in touch with our website.