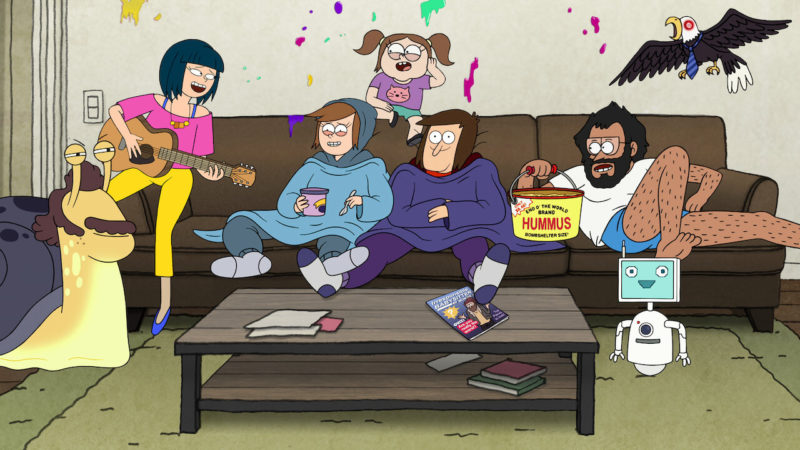 Close Enough”: Season 2 is coming to Netflix this month!

The comedy series “Close Enough” is coming to Netflix with Season 2! At the international level, the streaming service secured the license and brings everyday chaos to your screen.

The comedy series ” Close Enough ” was released in the US on HBO Max.

Outside America, Netflix is now licensing the weird animation series.

You can experience the adventures of Emily Ramirez and Joshua Singleton as early as the end of May.
The comedy series “Close Enough” by Emmy-winning producer JG Quintel will come to streaming giant Netflix in season two. According to the online magazine What’s on Netflix, shortly after the premiere on HBO Max, the production will land on the streaming service outside the USA on May 26, 2021.

Apparently season 2 of “Close Enough” will stay with Netflix for a longer period of time because the provider has licensed the series. So you can look forward to the crazy everyday adventures of the couple Emily Ramirez and Joshua Singleton.

In May, and Netflix delivers many new film and series highlights. You can read here what you shouldn’t miss this month.

Find out what else you can expect from the streaming giant in May in our news from Netflix. You can get inspiration for the upcoming series marathon or a cozy movie evening in the Netflix Top 10.
Close Enough: broadcast dates
The animation series “Close Enough” has been broadcast on television at regular intervals since 2020.

The couple, video game developer Joshua Singleton and singer-songwriter Emily Ramirez have a five-year-old daughter who likes to get on parents’ nerves. In addition to the everyday problems of everyday life, they now also have to deal with the fact that they are approaching 30. Fortunately, they are supported by their friends Bridgette, an influencer, and Alex, a teacher at a community college.