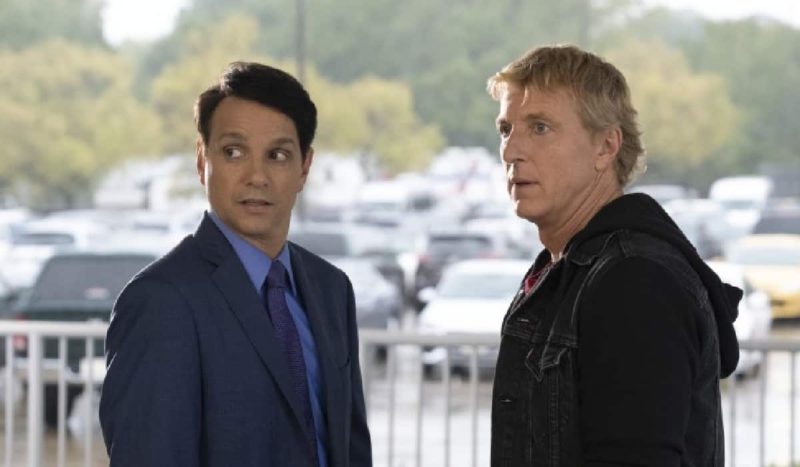 In Cobra Kai, Ralp Macchio and William Zabka play two great rivals from the Karate Kid saga. What is your relationship like in real life? Do they also hate each other?

Since they starred in the first movie together Karate Kid, Ralph Macchio and William Zabka were always seen as great rivals due to their respective characters. The truth is that this rivalry did not end and continued in Cobra Kai, the hit Netflix series that is working on its fourth season. But what is the relationship between them really like in real life?

It’s been 34 years since the first Karate Kid movie was released. However, the characters continually clash in Cobra Kai, where we focus more closely on their lives as adults and their passion for karate. While we wait to see what Johnny and Daniel’s relationship will be like in the fourth installment of the series, the actors revealed how they really get along in real life.

Read Also  The Last of Us: What we really suspected of Pedro Pascal and the HBO series

They hate each other?

“Ralph and I have become good friends over the years and from the beginning, when this was first proposed to us, we were in close contact.” William Zabka revealed about his relationship with his fellow Karate Kid and Cobra Kai. “We were both very careful and respectful at the Karate Kid. We have that story together “, completed the actor.

Like 34 years ago, the strained relationship between Johnny Lawrence and Daniel LaRusso is a very strong pillar in the Cobra Kai story. “In the first scene we had after 30 years, we instinctively had a chemistry that we didn’t know we had”Ralph Macchio remarked about his friend Zabka.

The fourth season of Cobra Kai is expected to hit Netflix by the end of the year. After the end of the third installment, this time we will see Johnny and Daniel put aside their differences to face the villain Kreese. In addition, these new episodes will feature the return of Terry Silver.