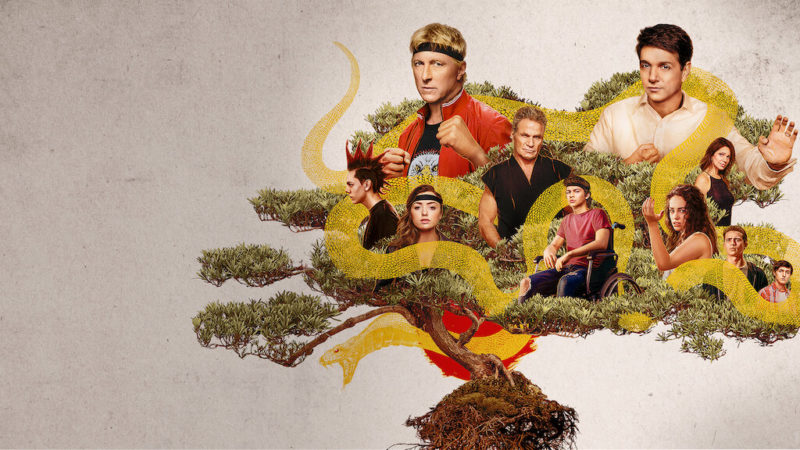 The head of Netflix content, Ted Sarandos, also places on the calendar the premiere of the new seasons of ‘The Witcher’ and ‘You’, delayed by the pandemic. He did it in a meeting with shareholders of the company.

The new seasons of Cobra Kai, The Whitcher and You are already on the Netflix release schedule. This was announced yesterday at a meeting with shareholders Tod Sarandos, the company’s content manager. We will have to wait until the last quarter of the year to see how these three series of the platform progress.

“We will return to greater stability in the second half of the year, in the fourth quarter, when we will have back some of our most popular series like The Witcher, You and Cobra Kai, as well as some great movies,” said Sarandos.

In the case of Cobra Kai, filming for the fourth season began in February and this will be the first installment produced after Cobra Kai’s move from YouTube Red to Netflix.

The showrunner of the series Hayden Schlossberg explained after the debut of the third season that they are clear where they want to take the story and that they do not rule out continuing it further as a ‘spin-off’. “You would NOT like to expand this entire Karate Kid universe and revitalize the fan base so that it is a story that can continue to tell,” he assured TVLine.

“We have an ending for Cobra Kai, but we always compare it to our other favorite series, Breaking Bad, able to keep the story going with Better Call Saul and El Camino.”

Although the series has not yet renewed for a season 5, Josh Heald, Jon Hurwitz, and Hayden Schlossberg, showrunners of the series, have stated that the series is not scheduled to end after its fourth installment.

Inspired by the Karate Kid and its original sequels, Cobra Kai brings back William Zabka as Johnny Lawrence and Ralph Macchio as Daniel LaRusso. The story begins when Johnny reopens the Cobra Kai dojo and rekindles his feud with Daniel more than three decades after their fight in 1984.

The Big Bang Theory: Even Writers Didn’t Knew Sheldon And Amy Will Get Married!