Cobra Kai: Tanner Buchanan reveals what we suspected about his work in the drama 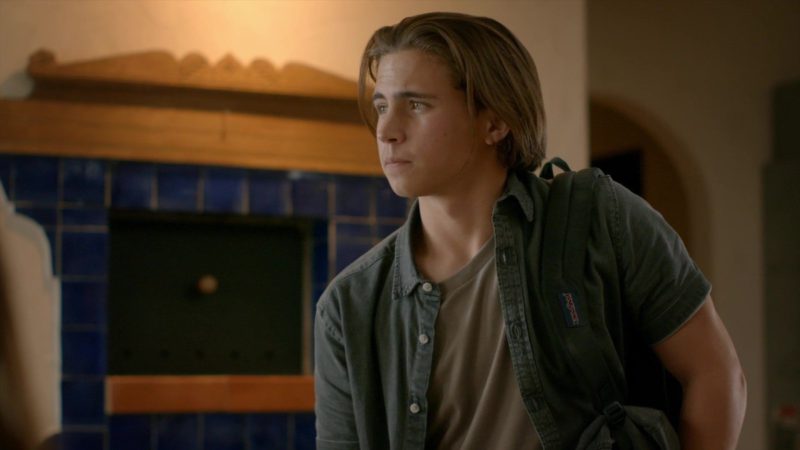 The success of Netflix, Cobra Kai, has been able to surprise all its subscribers thanks to its incredible production and interpretation of each of the professional actors. The uneasy alliance between Miyagi-Do and the Eagle Fang crew was not enough to end the titular dojo and his karate reign of terror.

Daniel LaRusso (Ralph Macchio) has been forced to call on an old enemy to help him in the ongoing fight. Meanwhile, Miguel (Xolo Maridueña) has blown up the coop, Tory (Peyton List) is probably questioning his loyalties, and Hawk (Jacob Bertrand) is flying higher than ever after hitting rock bottom.

Robby Keene (Tanner Buchanan) may be the craziest character arc of the bunch. After being overcome by his anger at the LaRussos, his father Johnny Lawrence (William Zabka), and, indeed, the world, Robby does the unthinkable and teaches Cobra Kai the secrets of Miyagi-Do.

The fourth season of Cobra Kai has undoubtedly been physically and mentally exhausting for actor Tanner Buchanan and even for the character Robby himself. Everything seems to indicate that behind the scenes, Buchanan was working 24 hours a day to put together the final episodes of this saga of The Karate Kid.

So much was the responsibility of actor Tanner Buchanan, that he had time without being able to sleep, suffering from insomnia occasionally, thinking about Cobra Kai karate fights. In a recent interview, the actor revealed the challenge he experienced from producing the fourth season.

During his interview, he confessed that he was so engrossed in the show and putting together his amazing fight sequences that he was constantly up all night thinking about it, greatly affecting his medical health. So were his words:

“For three and a half months, I basically only got an hour or two of sleep. I just can’t turn my mind off. That’s how my mind works.”

Tanner Buchanan realized that he and his co-stars had a responsibility to fight and make it look as natural as possible on camera. That is why he began to force himself more, working hard to give the best of himself. Despite the difficult moments, the actor’s goal was fulfilled, since his performance has been one of the best so far.

“We had about two weeks of fight days. It’s just fighting all day and you have your 30-minute break for lunch. We’re all very determined to do everything, so we do it because we want to. They don’t force us to do it. They say: ‘Do you want to take a break?’ We’re like, ‘No, just keep going. Turn on the cameras, we’re fighting now, let’s go.’ Specifically, when I work, I go home and can’t sleep.”

No consequences? Whoopi Goldberg Reveals Taking Oscar From Will Smith Isn’t An Option