Cobra Kai: Two actors from the Netflix series who are father and son in real life 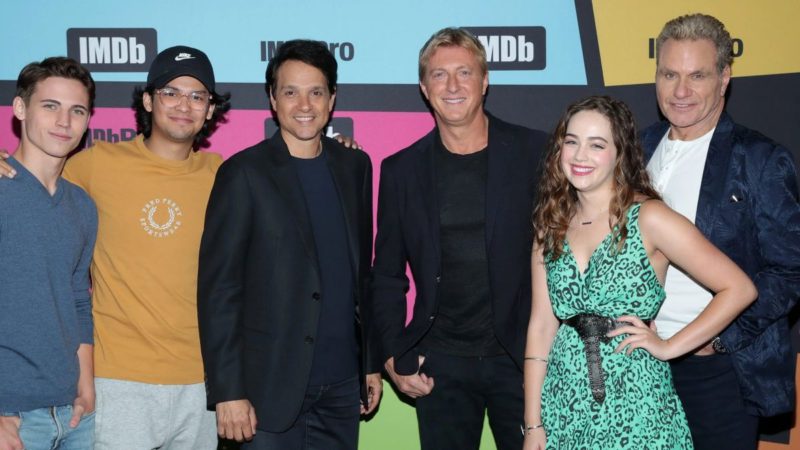 Cobra Kai continues to gain fans at every turn. The long-awaited third season of the Netflix series premiered a while back and has kept fans antsy for many months. It began by showing viewers the consequences of the spectacular fall that Miguel Díaz (Xolo Maridueña) suffered at the end of the second installment, but quickly changed his course to an unloved character.

One of the details that the third season of Cobra Kai focused on was narrating the stormy past that the villain John Kreese, played by actor Martin Kove, lived before and during the war. Let’s remember that Kreese is a character created in the Karate Kid universe, and in the past he was the founder of the Cobra Kai Dojo and mentor of Johnny Lawrence (William Zabka) in the 1984 film.

The villain made his arrival in Cobra Kai at the end of the first season, presenting himself as Johnny’s ally to continue making Daniel LaRusso’s (Ralph Macchio) life impossible after three decades. During the first two installments of Cobra Kai, fans were able to learn a bit about John Kreese’s past. However, season 3 was responsible for deepening through flashbacks the life of the young man played by actor Barrett Carnahan, and his stormy past that made him the villain he is now.

Something that perhaps Cobra Kai fans did not notice, is that during the first scene in which the young Kreese appears as a waiter, he also had a guest role playing one of the bullies, the son of Martin Kove in real life, named Jesse Kove, who said during an interview that being part of the cast of Cobra Kai was a great honor.

Undoubtedly in Cobra Kai it was very interesting to discover the sad history of the character before and during the war that, in addition to giving Kreese a touch of humanity, gave Jesse Kove the opportunity to appear briefly in a famous production starring his father. Although the younger version of John Kreese was performed by actor Barrett Carnahan, Jesse’s presence did not go unnoticed by die-hard fans of the show.

Although at first the vast majority of Cobra Kai fans did not notice the relationship, it immediately went viral that during the first scene in which the young Kreese (Barrett Carnahan) appears as a waiter, Jesse Kove appeared on screen as the bully who annoys the character. Once his identity was discovered, the artist commented during an interview what it meant personally to be part of the resurgence of one of the productions that gave his father Martin Kove the most fame.

“It was an honor to be part of that world that has always been important in my life. I joined the Karate Kid legacy. Being part of this universe was like a dream for me. How could I be in this universe? And these flashbacks were a perfect vehicle for that. I hope I have made my father proud.”

Dungeon & Dragons: the film adaptation of the acclaimed game reveals its official title