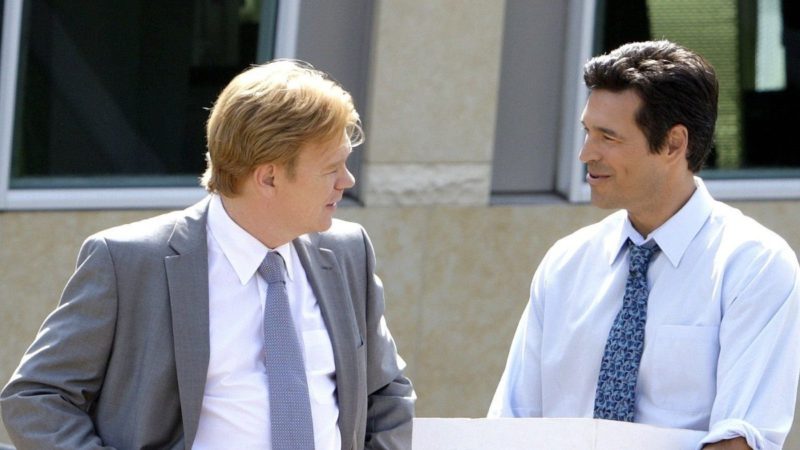 During the eighth season of CSI Miami, viewers of the show first met actor Eddie Cibrian, who was in charge of playing Jesse Cardoza. However, his departure is still a matter of debate because of the way it happened and the acceptance that he was beginning to have among the fans, but this was his last appearance and what the star is doing now.

Eddie Cibrian joined CSI Miami as Crime Scene Investigator Jesse Cardozo, listed as a CSI Level 2. His character was well liked by the other characters due to his kind and laid-back personality, although when he had to do dirty work to capture some criminal did.

As the series tells us, Horatio Caine (David Caruso) already knew Cardoza in the past, because he helped him solve a case in the past in Los Angeles and thanks to that Caine managed to become the main leader of CSI Miami. In fact, it is also revealed that Cardoza was the person who recommended Tim Speedle (Rory Cochrane) to join the team. But, it wasn’t until the last few seasons that Cardoza joined the group.

Read Also  Outlander: Why the drama could end with season 7 according to Caitriona Balfe

Unfortunately, Cibrian’s last appearance as Jesse Cardoza on CSI Miami occurred in the first episode of the show’s ninth season. When a serial killer ordered poison gas to be placed throughout the lab as part of a vendetta against Horatio’s team.

However, Jesse was the only fatality, due to being in the lab investigating a case, but instead of dying from the gas, he died after his head hit glass shards from a camera lens on the floor, one of them stuck in his brain and caused a hemorrhage.

After leaving CSI Miami, Eddie Cibrian continued to star in other popular roles such as the crime drama The Playboy Club, For Better or Worse, Rosewood, Take Two. His last TV appearance was in 2021, starring in the Netflix comedy series Country Comfort, playing Beau.

However, Cibrian is best known for his role on CSI Miami, although the actor stated during an interview for Deadline that he had no plans to withdraw from the show, but rather it was the producers’ idea to release his character, because they sought to focus on the main ones because of the drama’s rating that was going down and the budget going up in its last seasons.

Read Also  House of the Dragon: What Can Be Known From The Set Photos?

Denzel Washington’s most anticipated film has a confirmed release date