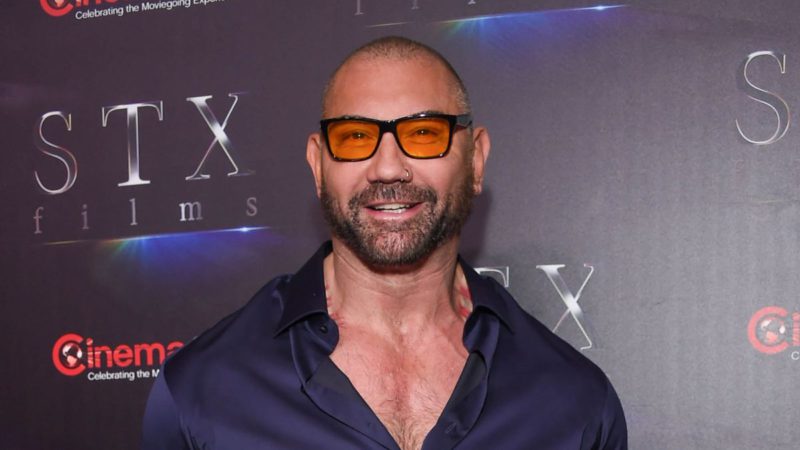 Dave Bautista strives for more than dull thugs. And that’s exactly why he turned down James Gunn’s offer, he says in an interview.

Dave Bautista is apparently at a crossroads: After ticking off the classic career path of a former wrestler who wants to gain a foothold in the film industry, he now wants to face the real challenge and prove that he can do more than just embody tough guys.

And that’s exactly why he ultimately rejected his buddy James Gunn for “The Suicide Squad” – in favor of Zack Snyder’s “Army of the Dead”. That might sound a bit irritating at first glance, after all, both “The Suicide Squad” and “Army of the Dead” should be in the same line and neither is enormously demanding works, but the 52-year-old his decision continues. The fact that he really wanted to work with Zack Synder was just one of many reasons:

“I was ready [for ‘The Suicide Squad’] and then came Army of the Dead, which not only had me starring, but I really wanted to work with Zack Snyder. I’ve wanted to work with him for years. I had ‘The Suicide Squad’ which I could have worked on with my buddy, albeit in a small role, and then I had ‘Army of the Dead’ which I could work on with Zack. I can get in touch with Netflix, I get a lead role in a great movie – and I get a lot more money.”

Netflix is firing from all cylinders in 2021: the streaming service plans to provide at least one new film every week. In this video you can see the 20 biggest film highlights:

Dave Bautista is drawn to series – for his acting skills.

Gunn understood and accepted his decision. After all, it was he who pushed Bautista through to the producers for the role of Drax in the “Guardians of the Galaxy” MCU series. He believed in Bautista’s abilities. And he now wants to refine his craft and prove to himself and the audience that he is more than his appearance. And to do this, in his opinion, he must establish himself in the series business. That’s also the reason for “Army of the Dead”. Because that’s how he was able to establish the first connections to Netflix.

“I want to do series. I really want to be able to tick that off. There’s a project I’ve been doing for a long time and we’re having real start-up problems. So I’m currently looking for other projects. I would also like to take a step back and make more independent films. Again, I have problems because I look like an action hero. Very often they don’t want to cast me in profound and dramatic indie films. And I can understand it, my appearance is too distracting. But these are exactly the roles I prefer. So I’m hoping for more roles in independent films and in series. ”

His next roles in “Army of the Dead”, ” In the Lost Lands ” and also in ” Dune ” should certainly still be designed according to the old scheme.

Dave Bautista also wants to get to this level: Stars who are associated with a film role and a well-known saying.