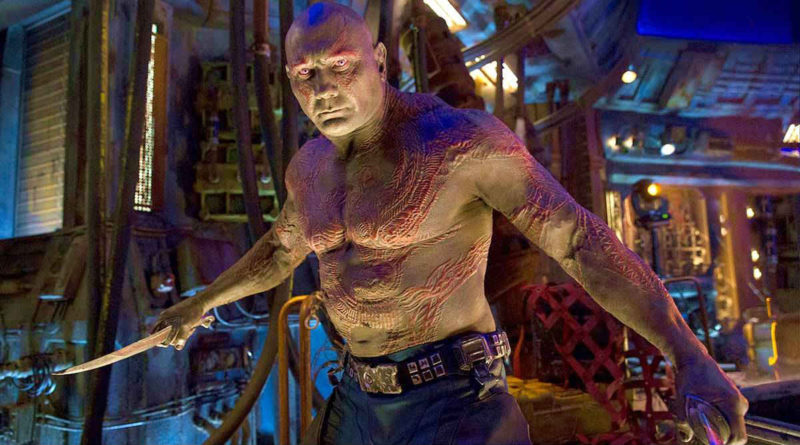 A few weeks ago former WWE star Dave Bautista bid farewell to his character of Drax The Destroyer in Marvel’s next Guardians of the Galaxy Vol. 3. His might saga with Marvel has come to an end after participating with Marvel in 5 movies. Finally, after a pile of rumors, the fan-favorite star has revealed the reason behind his Marvel exit.

It Was Because Of The Shirtless Scenes!

During a recent conversation with Ellen, the actor revealed one of the reasons for exiting Marvel was the fact that they asked him to go shirtless in every single movie.

“I’m going to turn 54 when Guardians 3 is released and being shirtless is increasingly difficult for me. The journey has come full circle and I’m ready to step aside and finish it” said the actor.

Apart from this the actor also said that he won’t be able to portray the character of Drax all his life, and Guardians of the Galaxy Vol. 3 would be the perfect movie to end his tie-up with the Marvel Cinematic Universe.

Apart from Dave, another Marvel alum is all up to big farewell to the house that created marvelous stories with superheroes. James Gunn is also going to end his saga with the production house. Dave Bautista commented on the same,

“I figured everyone had assumed this is how it works. We work through trilogies and James Gunn has already announced that it is his last movie. When James finishes, so do I.”

As reported, Guardians of the Galaxy Vol. 3 will be marking the end of the trilogy and many other characters. A release date is not yet available.

Is Ariana Grande Pregnant? Rumors Speculate Around The Internet!