David Lynch changes his mind, and now wants a “director’s cut” of his ‘Dune’ 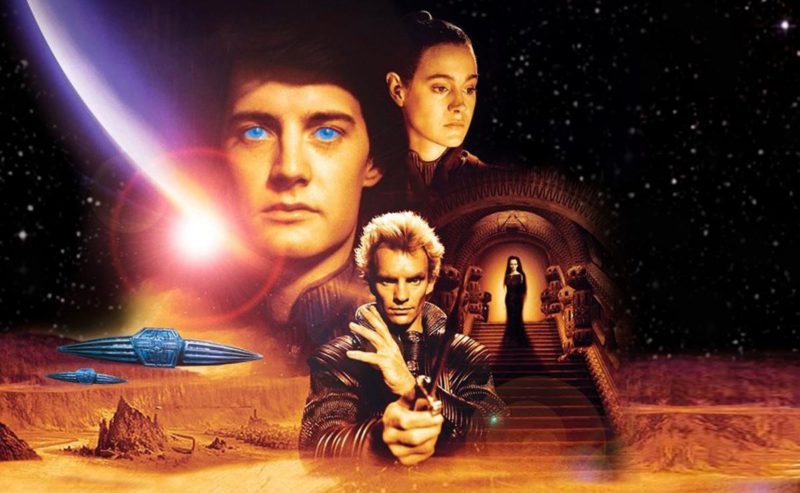 It is not surprising that David Lynch hates the version of ‘Dune’ released in 1984, since on many occasions he has said that he considers it a minor work in his career. With the premiere of Denis Villeneuve’s version, he has confessed that he would be willing to do a “director’s cut” with a new montage.

Frank Herbert’s novel has had a checkered history in the cinema, because before David Lynch made his adaptation, directors like Ridley Scott or Alejandro Jodorowsky tried to bring it to the big screen with negative results. It was until Denis Villeneuve, famous Canadian director of ‘Blade Runner 2049’ and ‘The Arrival’, came to the project, to make what seemed impossible come true.

It might interest you: David Lynch denies his secret film at the Cannes Film Festival

In an interview for AV Club, the director of ‘Mullholland Drive’ and ‘Twin Peaks’, on the occasion of the premiere of ‘Inland Empire’ in its remastered version, said that, after thinking about it for a long time, he has reconciled with his version of ‘ Dune’, and does not rule out making a new montage of the science fiction film.

Read Also  Why did Brendan Fraser disappear from Hollywood?

People have said, “Don’t you want to go back and play Dune?” And I was so depressed and grossed out by it, you know? (…) I loved everything, except that I did not have the final cut”

It might interest you: David Lynch as an actor in the Steven Spielberg biographical film

Director David Lynch said he was delighted with all aspects of the production: “I loved everyone I worked with; they were fantastic. I loved all the actors; I loved the team; I loved working in Mexico. And even loved Dino [De Laurentiis], which did not give me what I wanted. And Raffaella, the producer, who was her daughter, she loved her”.

David Lynch interested in returning to his version of ‘Dune’

Finally, Lynch adds that, if possible, he could breathe new life into his version of ‘Dune’: “But the thing was a horrible sadness and failure for me, and if I could go back I thought, well, maybe I would go back.” to get into it,” commented the acclaimed film director. However, for the filmmaker it is clear that he could not do it again, due to external interests.

And it is that unfortunately Lynch assures that there would not be a studio interested in financing the project of making a director’s cut of ‘Dune’ from 1984, which is why the filmmaker had stayed away until now: “But I would like to see what there is . I don’t remember, that’s weird. I don’t remember. So it could be interesting, there could be something there.”

Now that David Lynch has shown an interest in “redoing” his version of ‘Dune’, which it should be remembered that in a first cut it lasted more than 5 hours, which was reduced to 2 hours and 17 minutes by orders of the producer; the only thing missing is a study that is encouraged to make it a reality.