DC Is Searcing For A Black Actor For Black Superman! 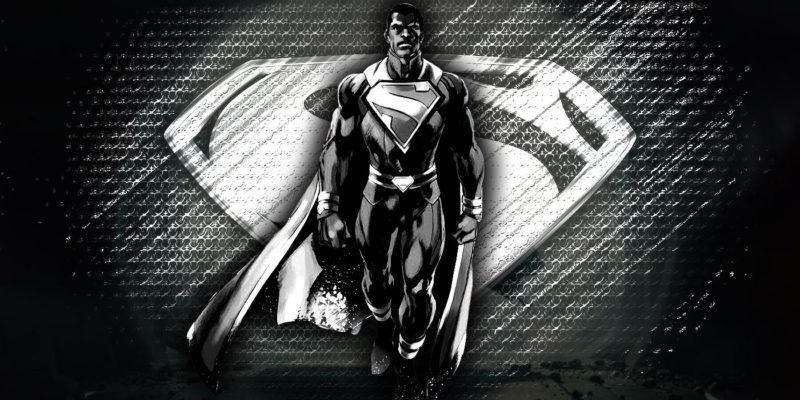 A “Superman” reboot is created for DC. You can find out how the search for the 1st black Superman actor.

Behind the scenes at DC and Warner Bros., the search is on for a leading actor for the “Superman” reboot.
Who will play the 1st black Superman in a DC movie?

Like “The Batman”, the new DC film will not be part of the DCEU.

For DC’s exciting project of a black superman, only the scriptwriter has been determined with Ta-Nehisi Coates. The search for a (top-class) actor and a director is still ongoing. The industry journal The Hollywood Reporter now revealed some exciting details about the casting and the developments behind the scenes at DC and the Warner Bros. film studio.

Accordingly, “Black Panther” star Michael B. Jordan, whom many see as a favorite for the role, will not become the first black Superman in a DC film. Jordan said he was “flattered” but would only look at this project.

In addition, according to The Hollywood Reporter, a (so far) relatively unknown actor in the reboot film could become a Kryptonian – incidentally, similar to the case of today’s ” The Witcher ” star Henry Cavill in “Man of Steel” (2013) and previously by Brandon Routh for “Superman Returns” (2006).

A newcomer would be particularly conceivable as a leading actor if a star director could be hired for DC’s “Superman” reboot at the same time. However, there are some hurdles to overcome in this personality.

Ryan Coogler, the director of “Black Panther” is a favorite in the eyes of many fans. However, Coogler will be busy with ” Black Panther 2: Wakanda Forever ” for a while, which is due to open in German cinemas on July 7, 2022.

And there is also another complication for DC and Warner: Marvel Studios are working in parallel on the “Blade” reboot with Mahershala Ali as daywalker. This leads to the fact that some directing candidates have already had meetings at DC AND Marvel for the vacant positions.

The Hollywood Reporter also reveals some other exciting news. Accordingly, the new, black Superman should still be a Kryptonian with the name Kal-El.

Like “joker” with Joaquin Phoenix and “The Batman” with Robert Pattinson, the reboot will not be part of the DCEU. In addition, the possibility of setting the “Superman” reboot in the 20th century and thus in the past is currently being considered internally.

However, all of these plans are not yet set in stone and are subject to change. Initially, it is planned that screenwriter Ta-Nehisi Paul Coates will deliver his completed script by December 2021.

Loki Is Coming To Disney+ Early! Here’s What You Should Know