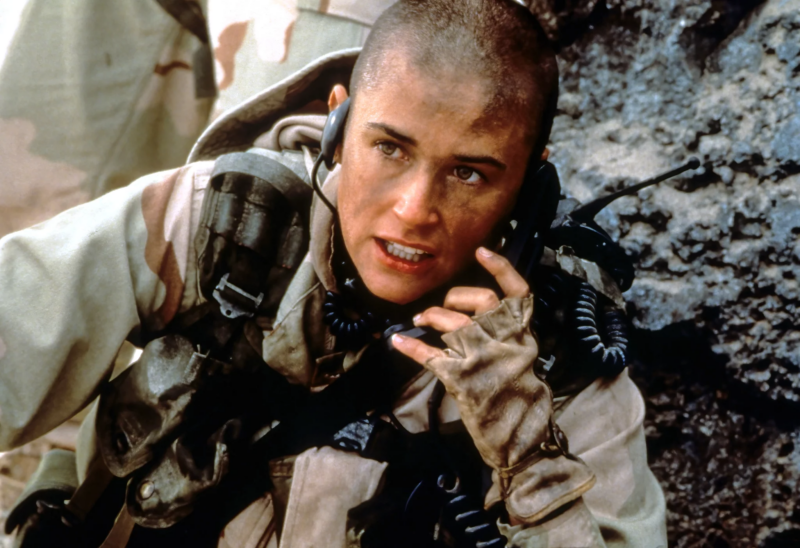 25 years ago, Demi Moore shaved her head to play the main role in the film ‘G.I. Jane’, which would now be very “difficult” for her to do again, because, she says, she has “nothing to prove”.

With the actress’ long and fruitful career of more than 35 years, it is clear that she would not have to modify her characteristic mane up to the waist for a new role, as she said in a chat with People magazine. In it, the interpreter acknowledged that as the years go by, she owes nothing to anyone, much less in terms of work.

He said: “I think now that I’m older, I also know that I have nothing to prove. So if they really need my hair to be different, they can give me a wig. It’s also not so clear how it would grow back!”

While the ‘Indecent Proposal’ star has tried a variety of styles over the years, these days she does “as little as possible” with her long strands, even considering it “stressful” for people to touch their hair.

“I’ve done everything with my hair. I’ve shaved it. I’ve dyed it. I’ve had a haircut. When I’m not working, I try to do it as little as possible. It’s stressful even for someone to touch it. If I don’t have to go anywhere, I don’t apply heat to it. And I don’t wash it very often,” Demi Moore added.

The protagonist of the romantic classic ‘Ghost’ promised to keep her hair long to challenge stereotypes. And, as he detailed, on some occasion he heard that older women should not wear long hair, something that he has very present until now.

“Who says so? It made me feel that, well, if it can grow and it’s not unhealthy, why wouldn’t we? I’m not comfortable with rules that don’t seem to have any real meaning or justification.”