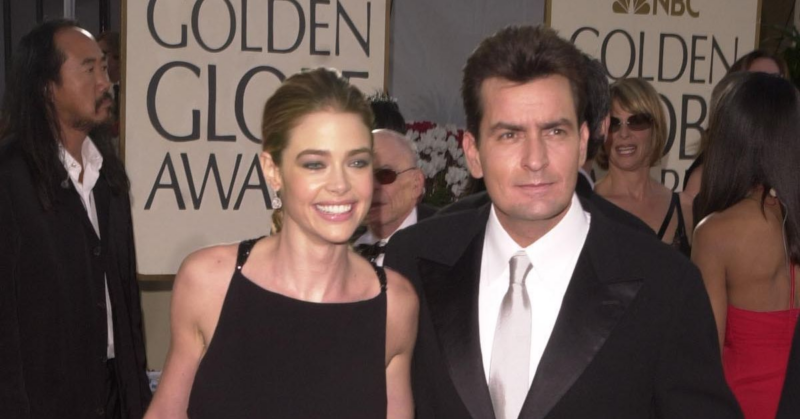 Actress Denise Richards split from Charlie Sheen in 2006, when she was six months pregnant with their second daughter together because the Hollywood star’s behavior had unexpectedly started to change after she appeared in his series ‘Two Men and a Half’.

“I said to myself, ‘Would I want my daughters to be married to this man? No offense, but it’s true,” she explained on the ‘Divorced Not Dead’ podcast in which she confessed that she tried to avoid the divorce until the last moment.

Her four-year marriage was marred by her then-husband’s drug and alcohol problems, but she has never regretted marrying him. That’s saying a lot coming from the woman who had to endure that, after her separation, her ex showed up at a Thanksgiving celebration accompanied by a sex worker.

“I really think that he and I came together to have our daughters,” he said.

In recent times, the old couple has maintained a very tense relationship due to the decision of their 18-year-old daughter Sami to open an account on the OnlyFans platform: Denise has decided to support her, but Charlie had a harder time understanding why she had chosen that career. Despite her differences, the actress has always tried to make her two daughters see her father as much as possible. For a year she even took care of the twins that Charlie has with her second wife Brooke Mueller while the parents of the little ones were in rehabilitation because for her the most important thing is to have a united family.

“There’s a lot that the public doesn’t know, and you never know what goes on behind closed doors. But in the moments where he was in a good space and could, he wanted the girls to know their father for themselves and not through what they read about him,” he said.