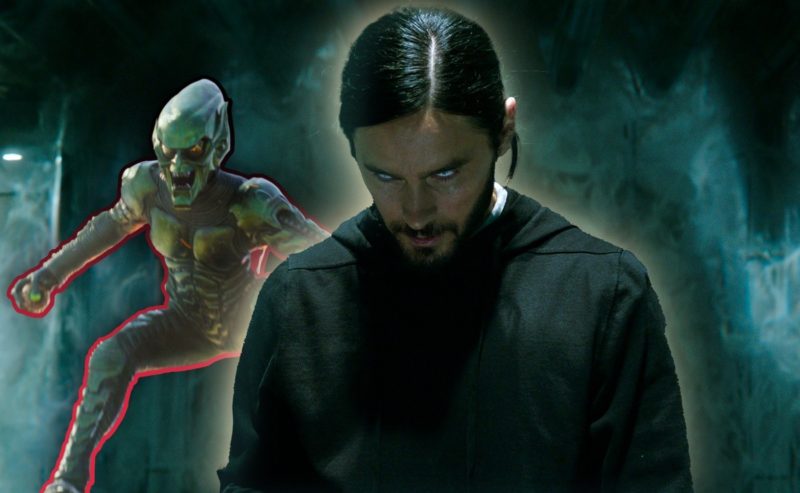 Since the release of ‘Venom’, Sony Pictures has been planning its own cinematic universe based on the characters of Spiderman and Marvel. ‘Morbius’ has been the second character to reach the big screen, and its director, Daniel Espinosa, is hoping to see Jared Leto and Willem Dafoe teaming up in the Sinister Six.

Unfortunately, ‘Morbius’ has had a rather eventful premiere, which had already been anticipated multiple times that the film was delayed. Well, both critics and fans have destroyed the adaptation of the Marvel vampire by director Daniel Espinosa, and starring Jared Leto.

It might interest you: Madame Web with Dakota Johnson and Sydney Sweeney as Morbius

In a recent interview for Variety, the director of ‘Morbius’, Daniel Espinosa, spoke about the controversial post-credits scenes seen in the film. And he commented that he hopes to one day see the making of the Sinister Six movie, with Jared Leto teaming up with Willem Dafoe as the Green Goblin.

Read Also  Alfonso Herrera to the big leagues: He will star in 'Rebel Moon', the new Zack Snyder

I think Norman Osborn would be very interesting. That’s a completely different idea, it’s like you walk away from the Sinister Six idea and go into something different.”

In addition, he added the way that Kevin Feige and Marvel Studios built their cinematic universe: “For me, what Kevin Feige made so brilliant was the way that they took a lot of the mythologies and chose different parts of them and the understanding that it doesn’t have to start the way the comics started. You can take from the 2000s, which was like Civil War, and mix it with other character concepts that are from earlier parts of the comic book universe.”

The controversial post-credits scenes of ‘Morbius’

And about the post-credits scenes, the director spoke about the character of Michael Keaton, who appeared in the Sony universe, after arriving from the UCM: “I think they are quite intelligent, both of them. Vulture is pure mechanical ingenuity. Morbius is considered one of the five great geniuses of the Marvel Universe. As a biologist, there are very few other people who have the same strength, maybe Hank McCoy as Dark Beast.”

The post-credits scenes of ‘Morbius’ already anticipate a meeting of several Spiderman villains, hinting at a possible team as the Sinister Six with Michael Keaton’s The Vulture and Jared Leto as Michael Morbius. And although we already saw something similar in ‘No Way Home’, Sony could have the cards on the table to achieve it.

At the moment it is unknown which Spiderman belongs to the Sony Pictures universe, it could be that of Tobey Maguire and Andrew Garfield, despite the fact that all references to these Spidermen were deleted. So once it’s confirmed, we might know who completes the Sinister Six.

Inhumans: What We Suspect Why Marvel’s Show Was Canceled So Quickly