Disney finds its Percy Jackson at The Adam Project reveal 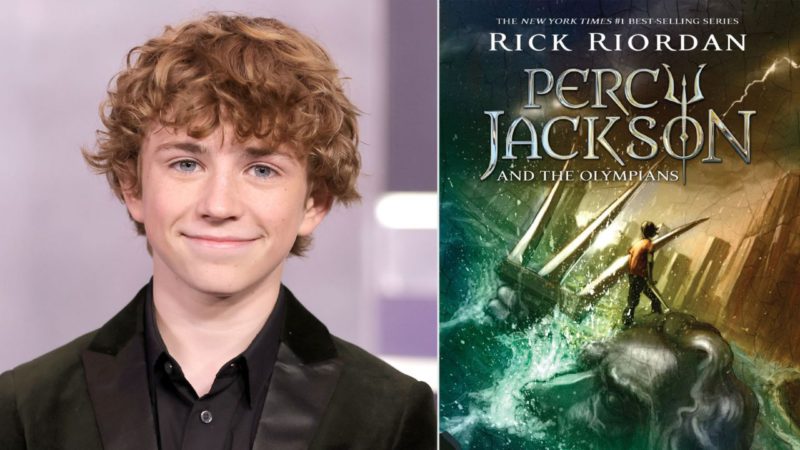 Coming off the era of Percy Jackson movies fronted by Logan Lerman (The Perks of Being a Wallflower), Walker Scobell, the 13-year-old breakout star of The Adam Project, has been cast as the new actor to play the titular demigod in the upcoming Disney Plus television series, based on the acclaimed teen novel.

Percy Jackson author Rick Riordan made the announcement on his website Monday: “Walker Scobell is an incredibly talented young man who blew us away with his audition tapes for the role of Percy,” Riordan wrote. “Many of you recently found out just how great Walker is when you saw his movie The Adam Project, in which Walker lit up the screen as a younger version of the Ryan Reynolds character. We were lucky enough to audition Walker months before that movie came out. film, but the film only confirmed what we already knew about his talent.

“It was obvious to me and the rest of the crew that Walker had the perfect combination of comic timing, sweetness, rebelliousness, sarcasm and heroism to embody our hero Percy Jackson.”

Riordan has been saving this information since January 28 when he Zoomed in with Scobell to share the news, and even shared the youngster’s hilarious reaction photo. The author calls the young actor a “super book fanatic” who “knows what he’s doing.” The author also confirmed that they are close to casting the other two leads, Annabeth and Grover.

As for Scobell, the actor was discovered by Ryan Reynolds and Shawn Levy, who chose the actor for their Netflix production after discovering that the young man was a big fan of Reynolds and loved to imitate him, something that is clearly seen in his role. at The Adam Project. Scobell does a wonderful feat of perfectly replicating that signature energy of the Deadpool actor. Reynolds even posted a video of him on set online, where Scobell recites the Deadpool 2 opening monologue to him from memory.

Walker Scobell was such a Ryan Reynolds superfan that he memorized the entirety of DEADPOOL 2 by the time he was 11… which made him the perfect fit to play young Adam in THE ADAM PROJECT pic.twitter.com/j0OYPyOC51

The book series begins with The Lightning Thief, a story about a young Percy Jackson who discovers he is the son of the ancient Greek god of the ocean, Poseidon, making him a demi-god. The pilot of the series will be written by the same author of the novel, with the help of Jon Steinberg (Black Sails), while James Bobin (The Muppets) directs it. Steinberg will also oversee the series with his producing partner Dan Shotz.