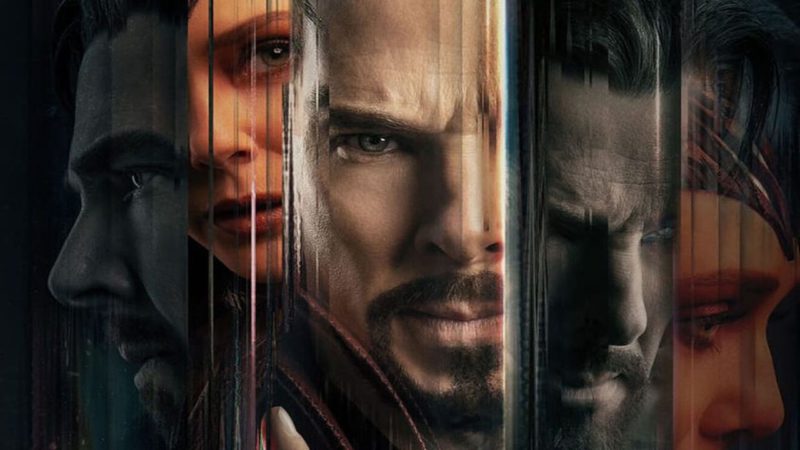 In just a few days, fans will be able to enjoy the new entry in the Marvel Cinematic Universe with Doctor Strange in the Multiverse of Madness. The solo continuation of the hero played by Benedict Cumberbatch is one of the most anticipated films of the year and the first box office numbers make it clear.

Doctor Strange in the Multiverse of Madness will be a direct continuation of the events that occurred in Spider-Man: No Way Home, as it will plunge into the consequences of the spell cast by the Master of the Mystic Arts in said film, when he tries to Help the entire world forget Spider-Man’s identity. The spell cast by Strange opens the doors of the Multiverse, creating chaos between the different dimensions, which poses a great threat.

Also the film will continue with the story of Wanda Maximoff, now under the name of the Scarlet Witch. At the end of the WandaVision miniseries, the character is in possession of the Darkhold, an ancient book that contains the secrets of Chaos Magic and many other mysteries, which could help Wanda find her children, lost in another dimension. This has led many to speculate that the heroine could become a villain.

But going back to Doctor Strange 2 and a week after its theatrical release, the film is already positioned as one of the highest grossing films of the year. Only with the advance sale of tickets, the film directed by Sam Raimi has raised more than 40 million dollars.

Advance ticket sales began in the first days of April and quickly fans from all over the world took to the web to get their tickets. It was during Disney’s presentation at CinemaCon, that Tony Chambers, the company’s president of Distribution, announced that the proceeds from advance sales for Doctor Strange 2 are at 42 million dollars, a figure that will surely increase until the day of the premiere. .

It should be remembered that the sale of tickets for Doctor Strange in the Multiverse of Madness began on April 6. In the first 24 hours, it broke a sales record on the Fandango website, surpassing The Batman. Also the new Marvel movie leads the list of most anticipated movies of the year.

With these numbers on the screen, it is surprising that the Marvel film is only projected to raise about 150 million dollars in its opening weekend. In the case of Spider-Man: No Way Home, the film beat its own projection and finished with a gross of 260 million dollars in its opening weekend. So it wouldn’t be surprising if the same thing happens with Doctor Strange 2.

In addition to the return of several familiar faces like Elizabeth Olsen (Wanda Maximoff), Chiwetel Ejiofor (Karl Mordo), Benedict Wong (Wong), and Rachel McAdams (Christine Palmer), the film will introduce new ones. Such is the case of Xochitl Gomez, who will make her debut in the MCU in the role of América Chávez. Cameos from other well-known Marvel characters are also expected, including Patrick Stewart who will be back as Professor Charles Xavier.