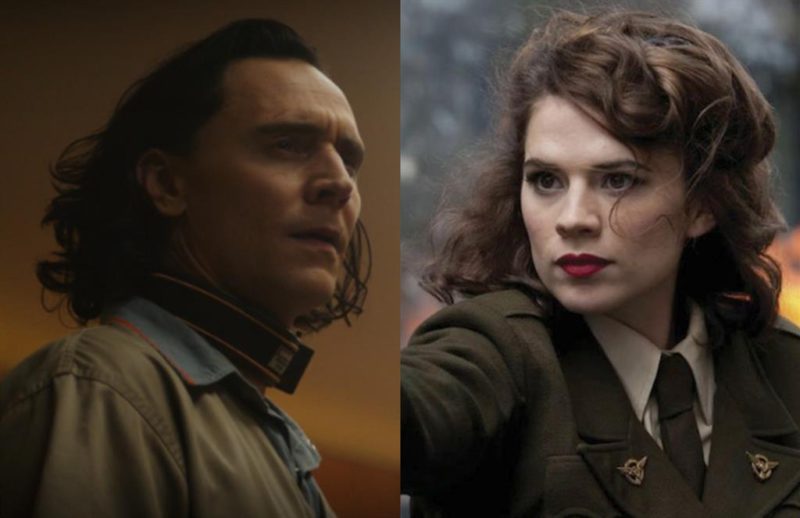 One of the great assets that the Marvel Cinematic Universe when it comes to loyalty to their fans is the lots of intertwined characters and stories that make up their stories. This means that the characters of their different movies and series can make appearances. in cameo form or through winks that followers enjoy trying to discover.

In the case of Loki, the latest Marvel series for Disney +, some have seen, or thought they saw, the appearance of one of the most beloved characters in the franchise, Peggy Carter.

The scene in question that he is said to have appeared in is right after Loki materializes in a hallway in the Temporal Variation Agency after escaping from the interrogation room. Although it is true that in the background a woman can be seen for a few seconds with a dress and hairstyle that resemble those of the character, there are not many plausible reasons to claim that it really is her.

Also known as the Agent Carter, the character played by Hayley Atwell it is much more than the romantic interest of Captain America throughout the saga. Following his appearance in Steve Rogers’ first film, has made small flashback cameos in several movies, although where he really became known in depth was in the two seasons of the series that bore his name and that lasted until 2016.

Following the cancellation of his series, Carter reappeared in Avengers: Endgame, which caused that the Captain’s feelings were stirred and that Steve made the decision to travel to the past to stay and live with her at the end of the film.

What is official is that Hayley Atwell will reprise the role of Peggy Carter one last time in the first episode of What If…?, Marvel’s first animated series for Disney +. In this fiction that narrates how the MCU could have been if the events had happened differently, a Universe will be presented in which it is Carter who receives the serum from the super soldier instead of Steve, thus becoming Captain Great Britain.

The series, which is in post-production phase, is expected to hit the platform on August 6, following the conclusion of Loki.