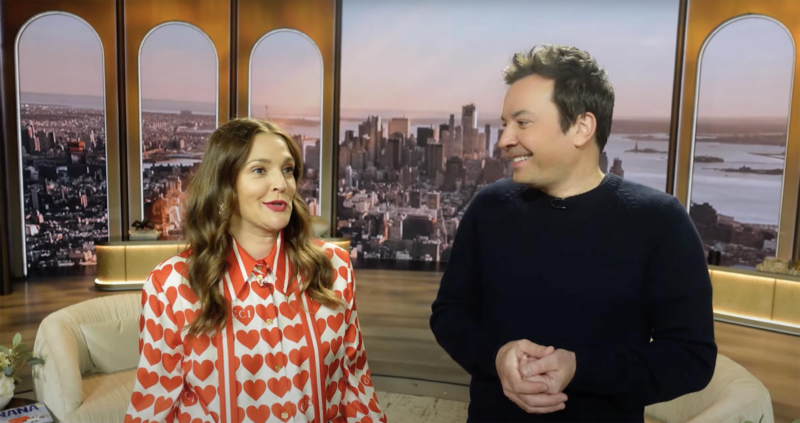 Drew Barrymore never knew she had a “crooked smile” until her friend, host Jimmy Fallon told her.

During a segment of his broadcast ‘The Drew Barrymore Show’, the Hollywood star confessed that he did not know that he made a face every time he spoke and smiled.

“I didn’t know I had a crooked smile until you told me on ‘Fever Pitch,'” Barrymore told the ‘Tonight Show’ host. “And now I understand why people make a face,” Barrymore said of his characteristic way of speaking. “I said you have a nice smile. You talk out of the side of your mouth,” Fallon said.

As they improvised the dialogue during filming, Barrymore’s unconventional smile was noticed by the host’s character, and it stuck with him.

“Yeah, I improvised it, but it came out in the movie. People enjoyed it,” the former ‘Saturday Night Live’ cast member boasted.

The directors of ‘Fever Pitch’, the Farrelly brothers, explained that they loved that Fallon and Barrymore improvised during filming. So the comedian decided to talk about his way of speaking to “surprise” her during a scene.

Why and When Do I Need IT Consulting