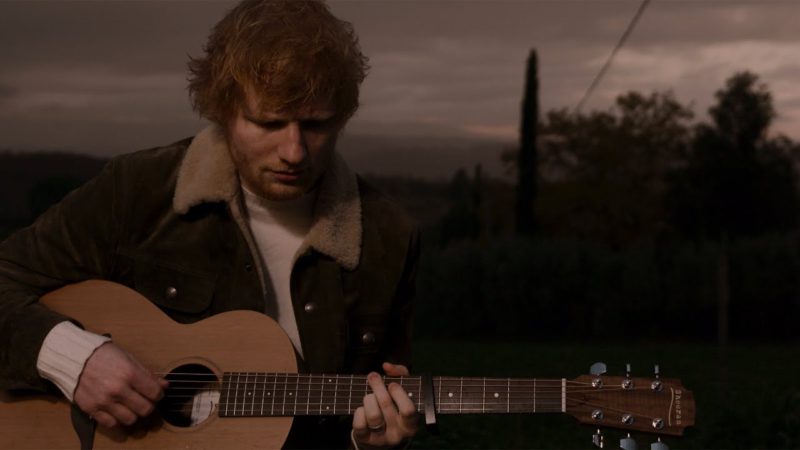 Attention fans! Everything you know about Ed Sheeran’s new music video
The British star is preparing his musical comeback.

The waiting time for Ed Sheeran fans seems to have ended now that the British star was caught in the middle of the recordings of a new video clip. The local press offered some details of the first images of the singer turned into a vampire while filming the scenes in southeast London.

Ed Sheeran, who has been on music hiatus for the past 18 months, was seen in Catford filming scenes from what was thought to be a music video on top of the Catford Shopping Center. While there are no further details on the plot of the piece, Ed Sheeran looked like a true vampire from head to toe, so it’s not hard to imagine how it will go.

ALSO, READ: Did you know? All about the great friendship of Ed Sheeran and a star of “Friends”

Read Also  Adele Is Looking To Resume Her Romance

A person at the exact location where Ed Sheeran was filming told The Sun: “It was obvious that something big was going on, there was camera equipment and security cords installed. But you still don’t expect there to be a superstar on the roof of the mall. “In addition, he affirmed that he identified it very quickly since it has special characteristics that make it unforgettable.

As other celebrities have done, Ed Sheeran announced a musical break in 2019 when he ended his “Divide” tour that took him to all corners of the globe and since then he has dedicated himself to his life as a devoted father and husband. But since the end of last year, he made it clear that he is ready to return little by little to the musical arena and his latest post on social networks would confirm this.

The British star took his Instagram account to share in his stories the new collaboration he made with the band “One Ok Rock”, co-writing his latest song “Renegades”. For their part, on the official social networks of the group they showed how the composition process was next to Ed Sheeran in his musical studies.