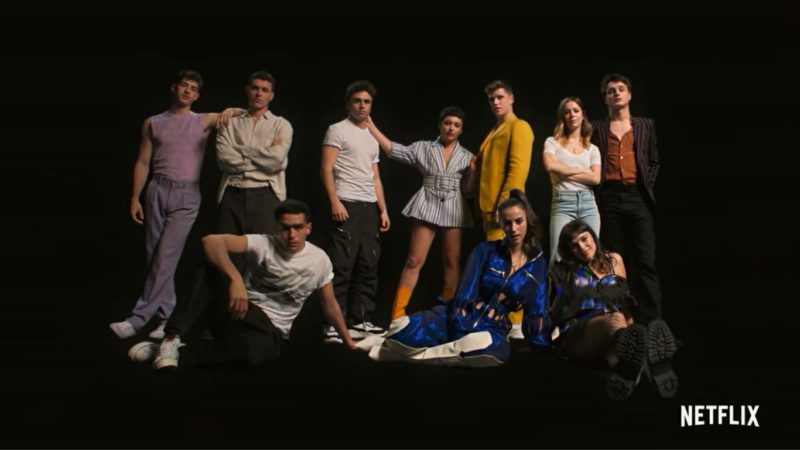 The streaming platform has announced a miniseries of short episodes starring some of our favorite characters.

After announcing the date for Elite season 4 and confirming that the youth thriller will have the fifth installment, Netflix continues to bet heavily on what is undoubtedly one of its most successful original series in our country. The latest movement of the streaming platform has been to expand the Elite universe with the announcement of a special installment of short episodes that, under the title Elite. Short stories, will reveal some things that we will not see in the new episodes.

It will do so as a prelude to the premiere of the long-awaited new installment, with the broadcast of a story of the four different ones that make it up every day from June 14 to Thursday 17. The next day, on June 18, the eight episodes of season 4 will see the light on the streaming platform.

Read Also  The Devil All The Time: New Poster For Tom Holland And Robert Pattinson’s Thriller

What can we expect from Elite? Short stories? First of all, as its name suggests, these are short stories, specifically four stories each consisting of three short episodes. In them, different individual and joint plots of some of the most veteran students of Las Encinas and perhaps newer ones will be explored, revealing what they have been in the last summer before beginning their new life stage. Some of them, as it seems to indicate the suitcase that we see in the ‘teaser’, far from the school.

So, Elite. Short Stories could be the last chance we get to see again some of the cast members who will not be taking part in season four in the shoes of their beloved characters.

A FOURTH SEASON THAT WILL BE A NEW ADVENTURE.

The new installment of the fiction will arrive on the streaming platform on June 18 to introduce us to new students, teachers, and impossible plots in the corridors of the elite Las Encinas institute, but the absence of some of them will also be noted. Who returns and who leaves? Itza Escamilla (Samuel), Miguel Bernardeau (Guzman), Aron Piper (Ander), Omar Ayuso (Omar), Claudia Salas (Rebeka), and Georgina Amoros (Cayetana) continue to be part of the Elite universe in this new and long-awaited stage, while the characters of Mina El Hammanni (Nadia), Danna Paola (Lu), Leiti Sene(Malik), Ester Exposito (Carla) and Jorge Lopez (Valerio) leave their place to the newcomers to continue their training in other places or start new projects.

Regarding the new faces that we will see in season 4 of Elite, the arrival of a new director to Las Encinas stands out, a former businessman with different ideas and teaching methods who will be played by Diego Martin and who promises to turn everything upside down. The character will not arrive alone, but with his three children. Three teenagers used to do what they want and who will be played by Carla Diaz, Martina Cariddi, and Manu Rios. Andres Velencoso also joins the list of new faces.

The fourth installment of Elite will be released in full on June 18 on Netflix and, according to its official description, “a clash between students that will end up exploding and causing a tragedy, with a victim and a person in charge whose identity they must discover.” We are looking forward to delving into the new ‘thriller’, but it seems that first, we will find out what they did last summer.