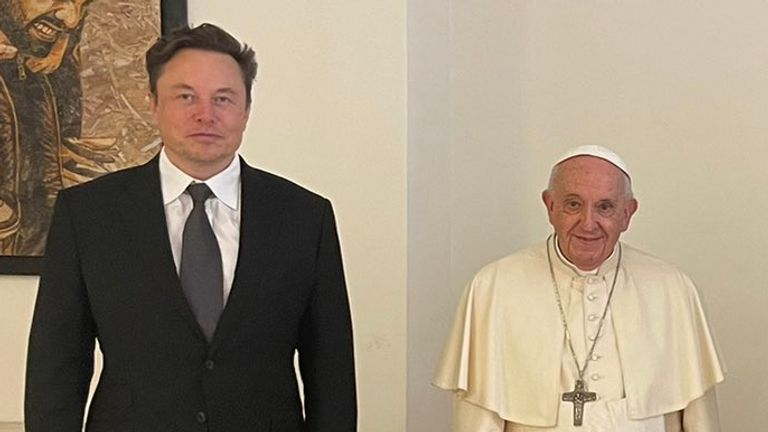 Special audience with the Pope: Elon Musk (51) and four of his sons met Pope Francis (85) in the Vatican. The Tesla boss shared a picture of his visit on his Twitter account – It features Musk, the Pontiff and his sons Griffin (18), Kai (16), Damian (16) and Sax (16). “Honored to have met the pontiff yesterday,” wrote the entrepreneur.

Musk is back after a 10-day hiatus from Twitter

But not only his meeting with the Pope is special. It’s also one of the first posts Musk made on the short message platform after being quiet for ten days. The 51-year-old, who is currently contemplating taking over Twitter, usually posts at regular intervals.

Griffin, Kai, Damian and Sax are the sons of Elon Musk and his ex-wife Justine Wilson (49). They also have daughter Vivian Jenna Wilson, 18, who recently requested a name change to reflect her gender identity. How among other things People magazine reported, a court agreed to the name change. From now on, Vivian will also bear her mother’s maiden name, since she no longer wants to have anything to do with her biological father.